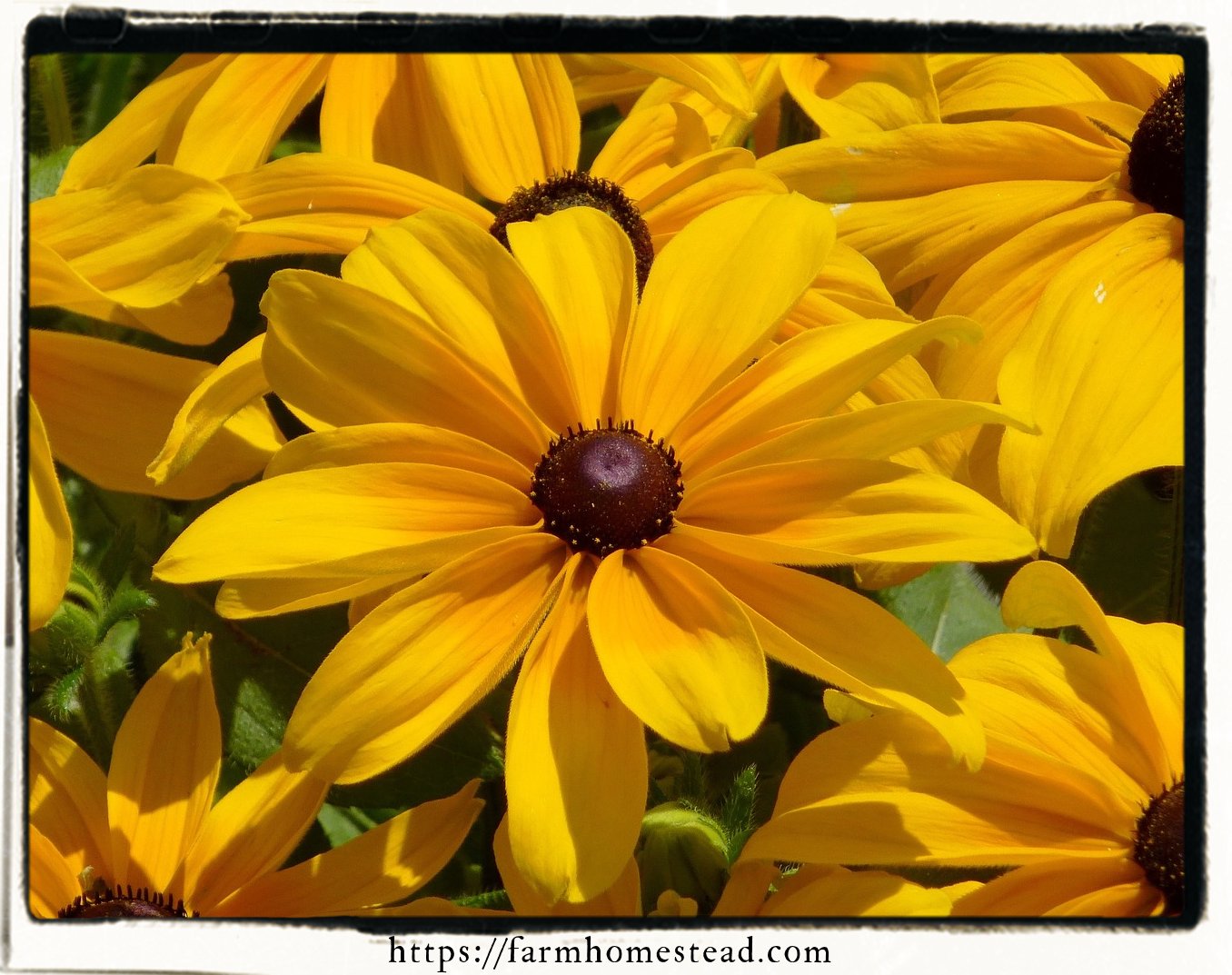 I love garden writers and Evelyn Hadden is no exception. If you have never read what she writes, check it out at Evelyn Hadden – Garden Rant. But in case you may miss this little bit, I will quote her…

“Here’s what I like about July. It follows April, when the gardeners in my part of the world anxiously watch the weather and fret, Can I start gardening now? Can I? Can I?”

“It follows May, which begins with endless back-building wheelbarrow work, as mulch and compost are spread, and ends with a huge planting push.”

“It also follows June, when the gardener corrects all mistakes made in May, rethinks what vegetables she might want to use in some recipe or other, crams in more crops, and replants in the wake of cut-worm devastation.”

“In July, however, the mind and the wallet clear. I am finally free to have a look at my ornamental beds, to make executive decisions involving Swedish bowsaw–that sprawling holly that’s been annoying me for 8 years is finally slated for execution–and to shop.”

“The nurseries are now empty, as the rest of the world pursues swimming and beer. They get a little desperate and slash prices. I just bought currants and gooseberries at two for $10. I just bought a bunch of dahlias for $1 each and blue gladioli for even less. Under ordinary circumstances, gladioli are annoying because they keel over in the garden, but aren’t really tall enough to justify staking. But at a dozen for $1.50, who cares?”

“Only in July am I really free as a gardener. By August, the vegetable garden will be generating so much that I’ll been intensely focused on cooking. But right now, I am as light as a feather. Maybe it’s the beer.”

After reading that, it is hard to even post a list of things to do… a calendar of garden chores. I want the freedom she mentioned. Why am I feeling like her June is my July. I think, after noticing her gardening zone, her July is my August. IF I get May accomplished, this is often my June. Who’s on first? Aaaahaha, I’m off to kill more squash bugs with my handy dandy soap spray!
Oh yeah…
July Gardening Chores 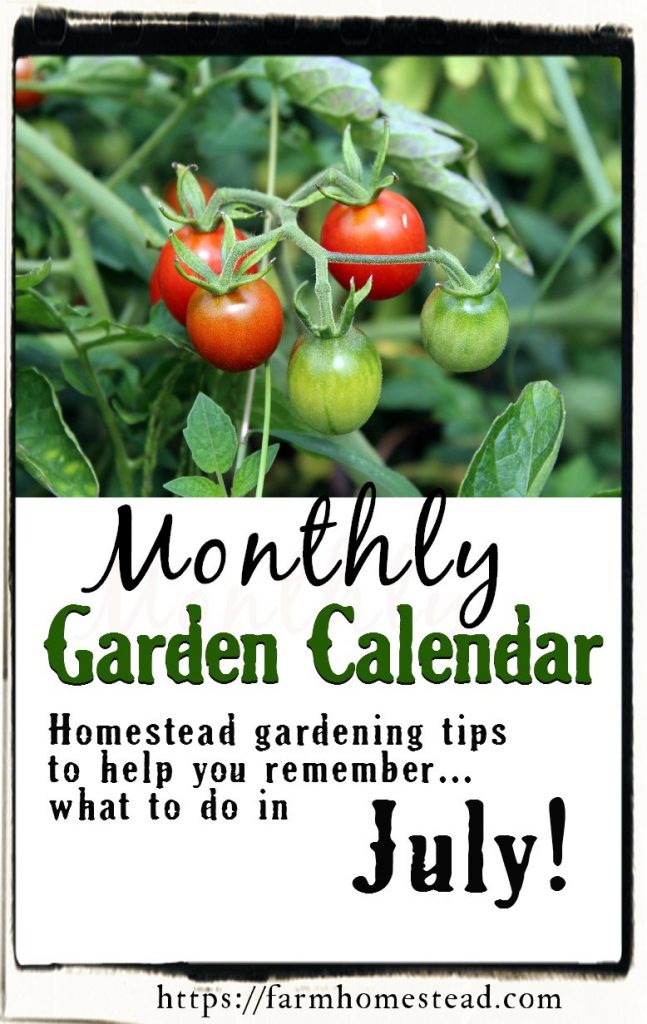