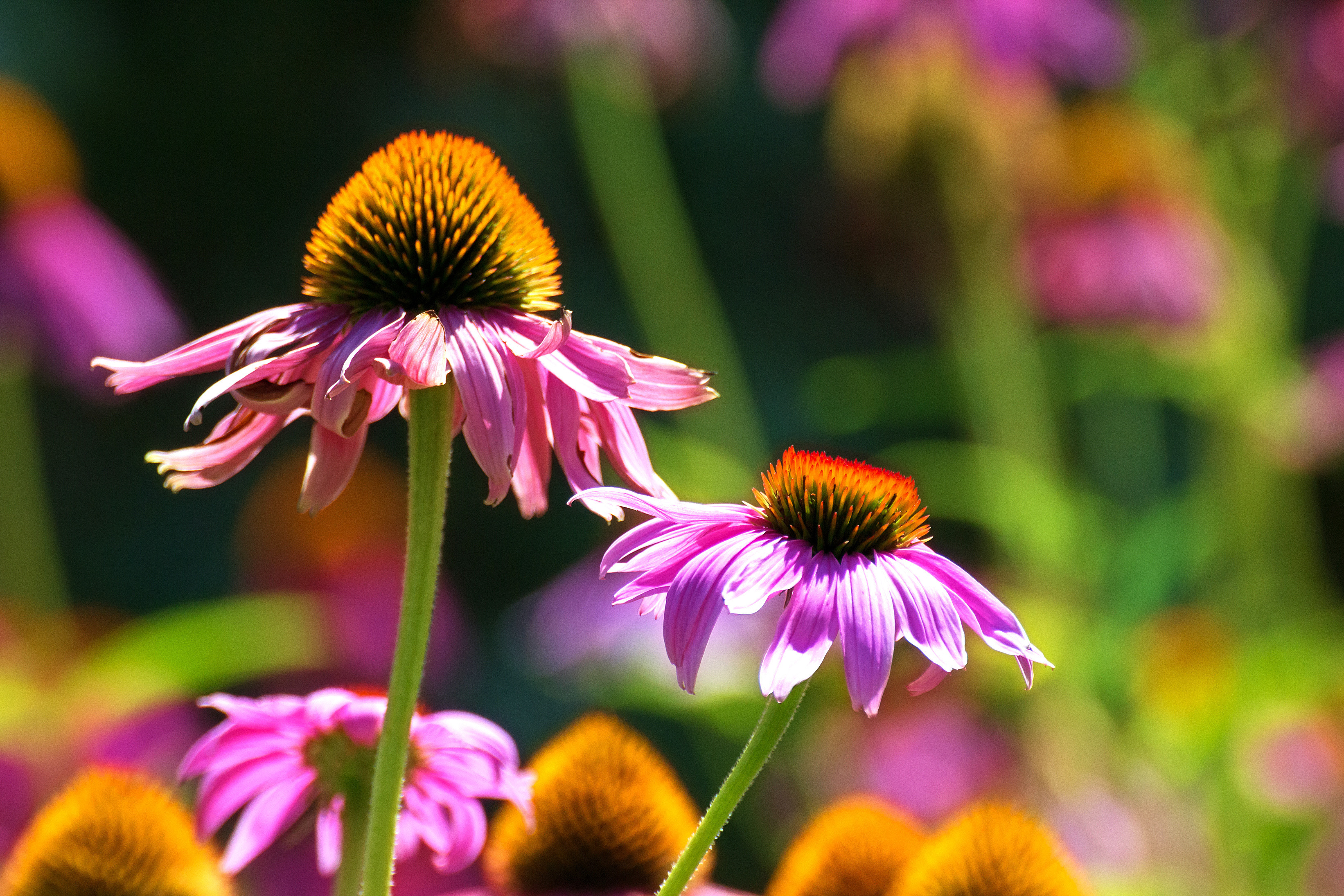 Echinacea angustifolia, commonly known as purple cone flower, is one of many species of echinacea that can be found in eastern and central North America. A member of the daisy (Asteraceae) family, this popular herb is commonly used to prevent colds and other respiratory tract infections. The Native Americans who live on the Great Plains also use it as a natural medicine for toothache, snake bite and other painful ailments.

In a recent study, Hungarian researchers explored the mental health benefits of purple cone flower and found that it can help reduce two different types of anxiety. Specifically, they noted that volunteers who took purple cone flower extracts for a week had greatly reduced scores for state anxiety – a type of anxiety that arises in a particular situation. State anxiety can be triggered by many things, such as being called upon to perform in a high-pressure situation.

The other type of anxiety reduced by purple cone flower treatment was trait anxiety. Defined as a personal characteristic, trait anxiety can be seen in people who are generally anxious about uncertain outcomes. Although purple cone flower didn’t have as strong of an effect on trait anxiety as it did on state anxiety, it still performed better than a placebo. The researchers reported these findings in an article published in the journal Phytotherapy Research.

A person’s anxiety levels often increase in the face of unknown outcomes. Besides bringing with it a sense of unease, anxiety also stimulates the “fight or flight” response. This triggers a series of biochemical reactions inside the body, which include the release of the hormone adrenaline into the bloodstream. Because adrenaline primes the body to react more quickly, its release causes an increase in heart rate, blood pressure, muscle strength and sugar metabolism.

Under normal circumstances, these reactions are enough to allow a person to cope with stress in a constructive manner. Anxiety as a stress response only becomes a problem when it becomes repetitive and excessive and lasts longer than it should. This is when it becomes emotionally damaging and starts negatively affecting a person’s daily life and activities. Chronic anxiety also has a negative impact on physical health and can cause respiratory problems, gastrointestinal disorders, muscle tension and even weight gain.

According to the researchers, earlier studies have suggested that purple cone flower may have anxiolytic effects. To investigate this, they recruited 64 middle-aged adults who scored above 45 points on either the state or trait subscale of the State-Trait Anxiety Inventory (STAI). The researchers divided the volunteers into two groups: One group took 40 milligrams (mg) of purple cone flower extracts twice daily for a week, while the other received a placebo. This treatment period was followed by a three-week-long washout period.

By the end of the treatment period, the researchers reported that the state anxiety scores of the volunteers treated with purple cornflower were reduced by 11 points. This effect lasted well over the washout period. Purple cone flower also lowered the volunteers’ trait anxiety scores and performed better than the placebo in volunteers with high baseline anxiety.

Although it didn’t affect Beck depression scores and perceived stress scores, the researchers noted that the herb didn’t cause any adverse effects. These findings suggest that besides having remarkable anti-viral properties, echinacea also has anxiolytic activities. “Particular echinacea preparations have significant beneficial effects on anxiety in humans,” the researchers concluded in their report.

Dr. Stefan Gafner, chief science officer of the American Botanical Council, commented on the study and noted how the results were quite good when compared to other clinical studies. He also said that, based on earlier reports, the anti-anxiety effects of purple cornflower may be attributed to compounds called alkamides. These phytochemicals are present in the roots of purple cone flower and have been shown to be capable of crossing the blood-brain barrier.

Gafner believes these alkamides potentially exert their anxiolytic effects by binding to cannabinoid 1 (CB1) receptors in the brain. The activation of CB1 receptors by endocannabinoids or agonists is said to increase stress resilience and reduce anxiety symptoms.

Source:courtesy of NATURALNEWS
by Evangelyn Rodriguez