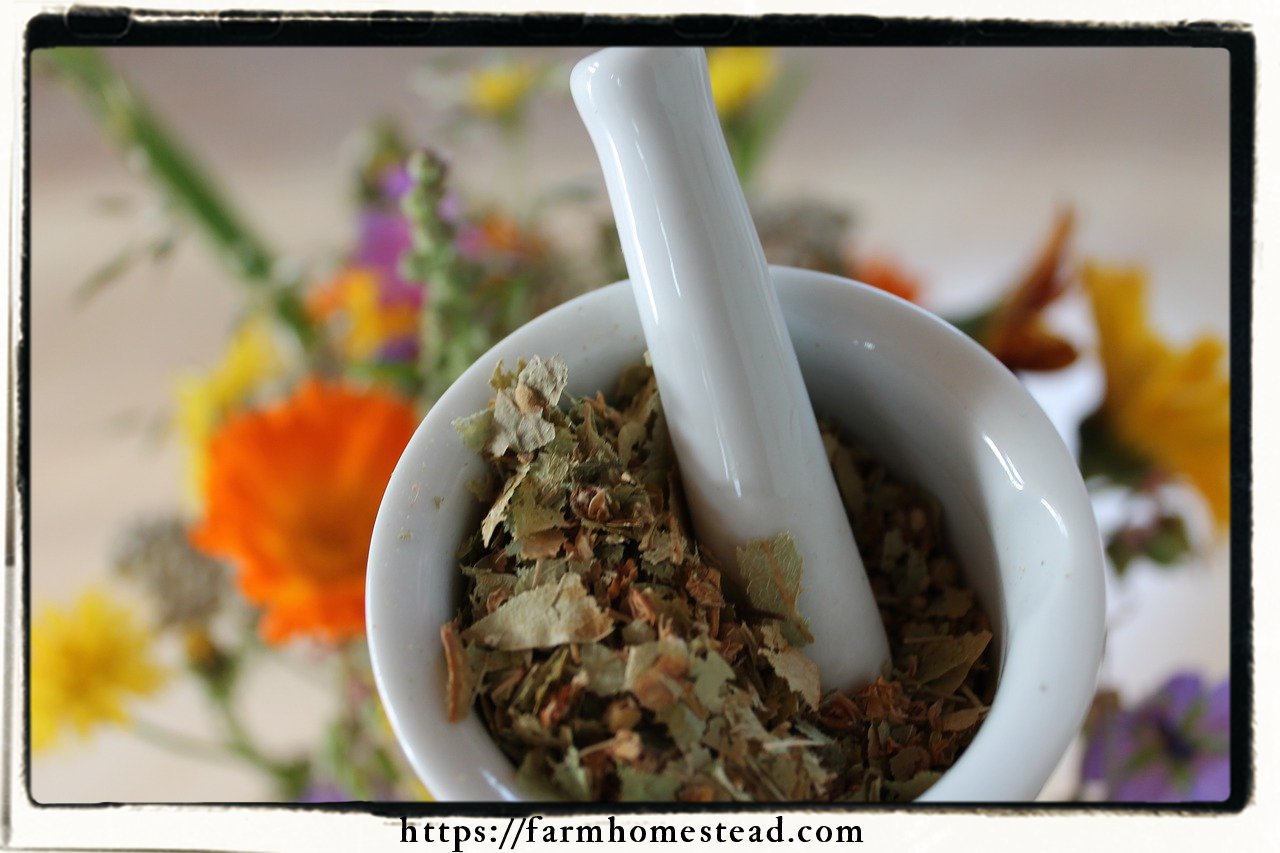 The Use of Plants for Medicinal Purposes

Bark, flowers, leaves, roots, seeds, stems, and extracts of each of these have been used in herbal medicine over the thousands of years we can trace them back in time. These botanical aids have been used raw, in teas and tinctures, as topical applications, in liquid forms, and in pills and capsules. Plants were consumed raw or infused into hot water as tea or in soup. Plants were wild harvested and their uses frequently based in superstition or by its shape and color. (see Doctrine of Signatures) Plants were often used to treat entire body systems because they were shaped like that body part or because of its color. As science began to take a closer look at herbal medicine, their use became more fine tuned. In fact, herbs and other plants are actually the precursor to many of today’s medicinal drugs. Some of the pharmaceutical medications on the market are extracts of some of these traditional herbs.

Herbal medicines have been documented for almost 4000 years. These medicines have survived real world testing and thousands of years of human testing. Some medicines have been discontinued due to their toxicity, while others have been modified or combined with additional herbs to offset side effects. Many herbs have undergone changes in their uses. Studies conducted on the herbs and their effects keep changing their potential uses.

Where It All Began

The history of herbal medicine dates its roots back in ancient time. Before the marvel of modern technology the ancient Chinese, Indians, Egyptians, Babylonians, and Native Americans were all herbalists, making use of nature’s gifts. Ancient Greeks and Romans were also well remembered herbalists. Indeed even today, current medicinal discoveries find their base in herbs dating back centuries, attempting to standardize and improve them to become useful in today’s health-related concerns.

Who can say when humans first began using herbs for healing? The first written record of herbal medicine use showed up in c. 3,000 B.C. in China called, Shennong Ben Cao Jing, an ancient Chinese herbal which was, more than likely, scribed from an even older tradition handed down orally. Since then the use of herbs has gained and fallen out of, favor many times with ‘orthodox’ medicine. Below is a brief timeline that follows shows some of the key dates and major points in the history of herbal medicine.

400 B.C. – Dioscorides (c. 40-c. 90) and Galen (131-200 A.D.), who were actually Greek surgeons in the Roman army, compiled herbals that remained the definitive materia medica texts for 1500 years. Hippocrates stressed the ideas that diet, exercise, and overall happiness formed the foundation of wellness.

50 A.D. – The Roman Empire spread herbal medicine around the Empire and with it the commerce of cultivating herbs.

200 A.D. – The first classification system that paired common illnesses with their herbal remedy appeared. This was prepared by the herbal practitioner Galen.

800 A.D. – Monks took over the herbal field with herbal gardens at most monasteries and infirmaries for the sick and injured.

1100 A.D. -Iranian physician Ibn Sina (also known as Avicenna) combined the herbal traditions of Dioscorides and Galen with the ancient practices of his own people in The Canon of Medicine (al-Qanun fi at-tibb). One of the most influential medical texts ever written, Avicenna’s Canon spread through Europe during the eleventh and twelfth centuries.

1200 A.D. – Black Death spread across Europe and herbal medicines were used along side “modern” methods such as bleeding, purging, arsenic and mercury with equal, or better, results.

1500 A.D. – With the invention of the printing press in the mid-fifteenth century, the herbals of Dioscorides, Galen, and Avicenna were mass-produced which made them much more accessible to those outside the the monastery, the palace, and the university. Herbal medicine and herbalists were promoted and supported by Henry VII and the Parliament, due to a large number of untrained apothecaries giving substandard care.

1600 A.D. – Herbs were used in treating the poor, while extracts of plant, minerals, and animals (the “drugs”), were used for the rich. The English Physician, an herbal explaining the practice of herbal medicine, was written during this time.

1700 A.D. – Herbal medicine got another high profile endorsement from Preacher Charles Wesley. He advocated for sensible eating, good hygiene and herbal treatments for a healthy living.

1900 A.D. – lack of availability of drugs during World War I increased the use of herbal medicines again. After the war pharmaceutical production increased and penicillin was discovered. Herbal practitioners had their rights to dispense their medications taken away and then reinstated. The British Herbal Medicine Association was founded and produced the British Herbal Pharmacopoeia. People began to express the concern over the large number of side effects and environmental impact of the drugs of the 1950s.

2000 A.D. – EU took action on regulation and testing of herbal medicines similar to those used for pharmaceuticals.

Herbalists are no longer burned at the stake, but their freedom to practice is constantly threatened by EU (and FDA) regulations, government policies and the ‘new religion’ of science.It is generally considered that all medicines should be ‘evidence based’ and validated by scientific research. In making these rulings, several key issues are overlooked. Almost all ‘evidence based’ pharmaceutical medicines, whether prescribed or non-prescribed, have potential side effects. Herbal medicine is not a science, it is a healing art. Herbalists do not target symptoms, they treat individuals, and although two individuals may have identical symptoms, the mode of treatment and the herbs used may differ according to constitution, health history and many other factors. Herbs are not specific medicines, they are ‘special foods’ having many different properties. There are very few cases of herb toxicity and, where toxicity may apply, those herbs are either restricted to practitioner use or banned entirely (often without clear evidence). [1]

The basic application of herbal medicine involves disinfecting wounds or using them as  poultices. Later discovery on the method involves pounding leaves and roots to paste for directly administering it to patients. It later evolved into combination with other potent medicine to improve its effects, and was even later introduced to meals and normal human diet to promote better health and improve physical, emotional, and mental recovery.

The use of herbal medicine varies according to the customs, traditions, and beliefs of the different races. Medical practitioners of the Orient tends to use herbal components in all aspect of their daily lifestyle – integrating them into a person’s daily diet to promote healing and longevity, as well as improving their normal rejuvenation capabilities.

Oriental medical practitioners are also known to use herbal products alongside energy therapy, like Qi Gong and Reiki. Energies provided by an experienced practitioner of the arts stimulate the healing process from the outside, while nutrients and extract from herbal components works its function on the inside to achieve total body rejuvenation.

North American’s use of herbal medicine varies; aside from its basic use to treat wounds and cure minor ailments, these natural components are also utilized in tribal ceremonies and customs – to drive away evil spirits, blessing during weddings and celebrations, and so on. Some of these healing traditions involving herbal components are carried on even today.

Alternative herbal medicine has many uses today. Aside from being utilized for physical ailments – like diarrhea, fever, flu, and sore throat – herbal preparations are now being used to address emotional and mental problems.

If Hippocrates, the founder of modern medicine, were alive today, he would be forced to qualify himself by saying: “Seek FDA approval for permission to let food be thy medicine.”

The common kitchen spice turmeric is a perfect example of this extraordinary hypocrisy. Although one can find over 400 biomedical citations on PubMed (pubmed.gov) discussing turmeric’s ability to cause apoptosis (programmed cell death) in cancer cells, it has not received the FDA’s approval as a drug in the treatment of cancer. [2]

Also, herbal products today are utilized to improve the body’s overall performance – boosting a person’s stamina, improving the body’s defense against infection, and so on.

It is true that herbal medicine is safe to use as compared to its synthetic counterpart, but it is essential to take some necessary precaution to ensure that there will be no side-effects or allergic reactions to its ingredients to promote body wellness.

Consultation with a medical expert is encouraged to determine whether it is safe for you to use herbal products; they may interfere with orthodox pharmaceuticals. Even if the medicine worked on others, there is a possibility that it will have a reverse effect depending on your body’s chemistry. Such is the case; it is helpful to have a doctor look at your present medical condition to determine if your Rx prescription is compatible with the alternative herb or not. 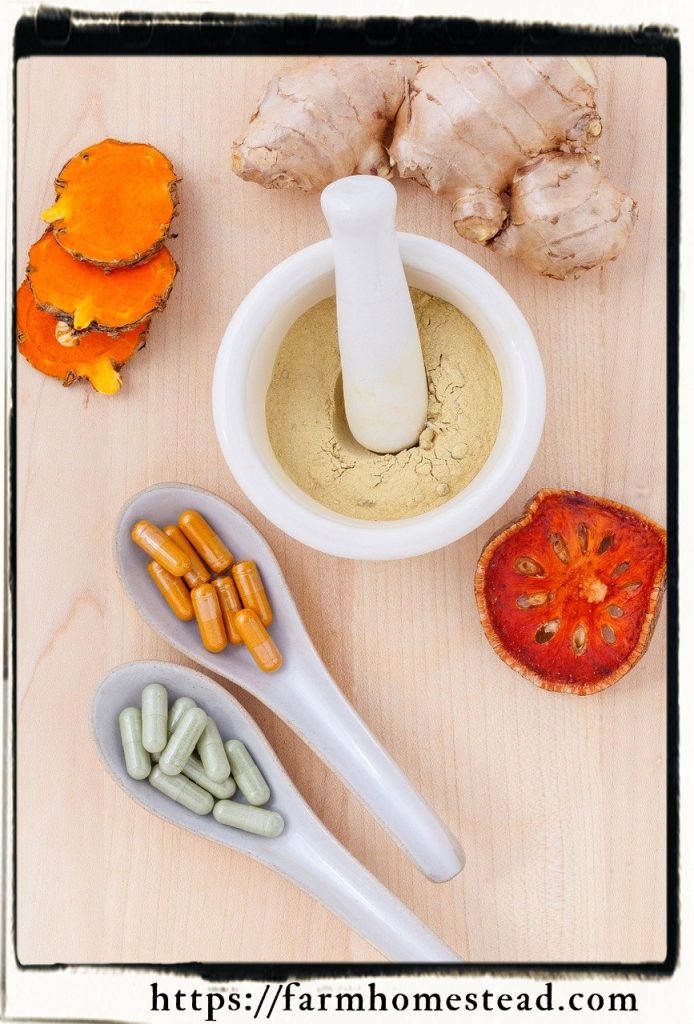