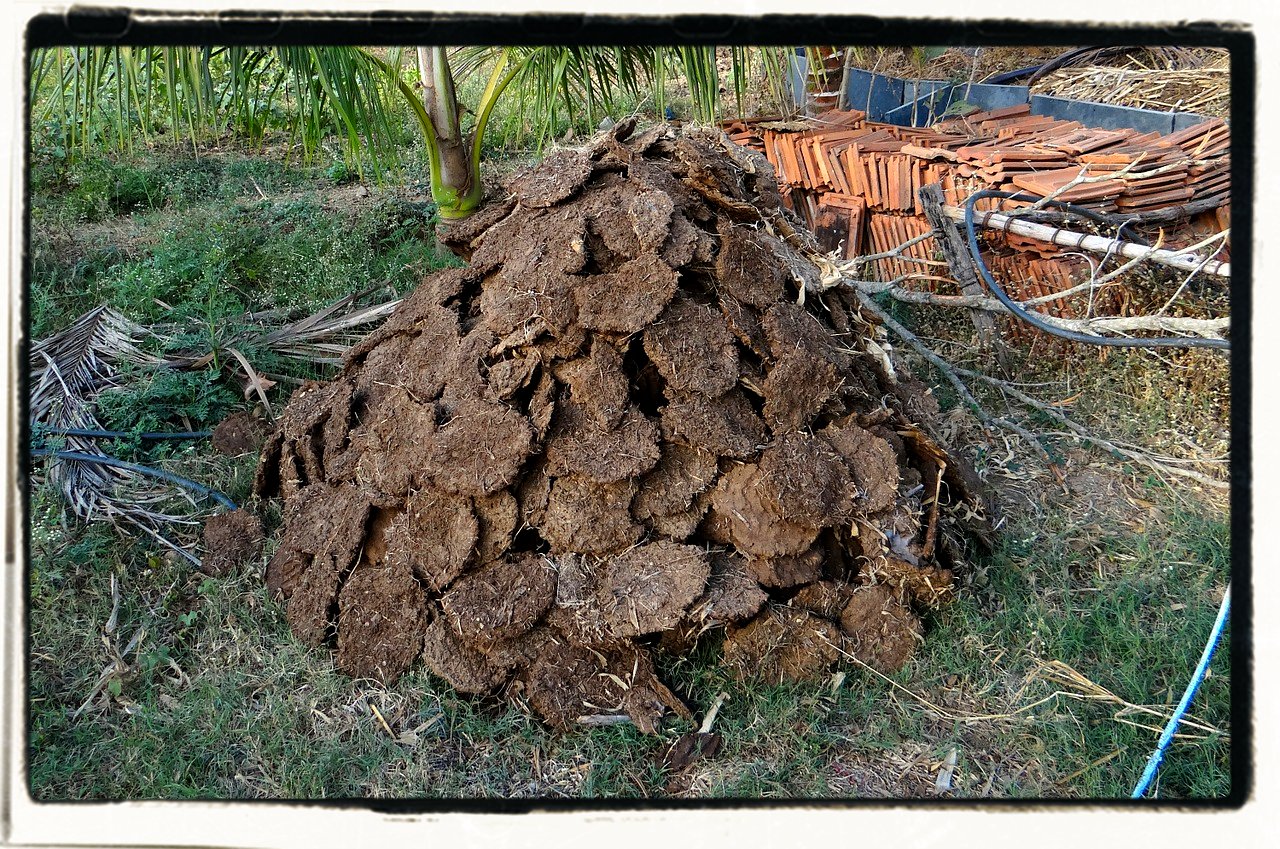 When used in reference to fertilizers, the word organic generally means that the nutrients contained in the product are derived solely from the remains or a by-product of an organism. Cottonseed meal, blood meal, fish emulsion, manure and sewage sludge are examples of organic fertilizers. Urea is a synthetic organic fertilizer, an organic substance manufactured from inorganic materials.

Some organic fertilizers are high in one of the three major nutrients (nitrogen, phosphorus, or potash,) but low or zero in the other two. Some are low in all three macro-nutrients. A few organic products can be purchased “fortified” for a higher nutrient analysis. The ingredients used to fortify organic fertilizers are organic materials; for example, rock phosphate to increase phosphorus, or green sand to increase potash.

Organic fertilizers depend on soil organisms to break them down to release nutrients; therefore, most are effective only when soil is moist and warm enough for the microorganisms to be active.

Nutrient release by microbial activity, in general, occurs over a fairly long time period. One potential drawback is that the organic fertilizer may not release enough of their principal nutrient when the plant needs it for growth. Organic fertilizer still ultimately builds the soil’s structure as well as feeds it.

Cottonseed meal is a by-product of cotton manufacturing. As a fertilizer, it produces a somewhat acidic reaction; consequently, it is frequently used for fertilizing acid-loving plants such as azaleas, camellias, and rhododendrons, potatoes, strawberries, and chickory. Formulas vary slightly, but generally, cottonseed meal contains 7 percent nitrogen, 3 percent phosphorus, and 2 percent potash. Nutrients are most readily available to plants in warm soils, but there is little danger of burn.

Blood meal is dried, powdered blood collected from cattle slaughterhouses. It is a rich source of nitrogen, so rich, in fact, that it may burn plants if used in excess. Gardeners must be careful not to exceed the recommended amount suggested on the label. In addition to nitrogen, blood meal supplies some essential trace elements, including iron.

Fish emulsion, a balanced, organic fertilizer, is a partially decomposed blend of finely pulverized fish. A strong odor is associated with most brands of fish emulsion fertilizer, but the smell dissipates within a day or two. Recently, deodorized brands have been developed.

Fish emulsion is high in nitrogen and is a source of several trace elements. Contrary to popular belief, too strong a solution can burn plants, particularly those growing in containers. In the late spring, when garden plants have sprouted, an application of fish emulsion followed by a deep watering will boost the plants’ early growth spurt.

Manure is a complete fertilizer, but low in the amount of nutrients it supplies. Manures vary in nutrient content according to the animal source and what the animal has been eating. A fertilizer ratio of 1-1-1 is typical. Commonly available manures include horse, cow, pig, chicken and sheep.

The highest nutritional concentration is found in manure when it is fresh. As it is aged, exposed to weather, or composted, nutrient content is reduced. However, most gardeners prefer to use composted forms of manure to ensure lesser amounts of salts, thereby reducing the chance of burning plant roots. Because of its low concentration of plant nutrients, manure is best used as a soil conditioner rather than fertilizer. Typical rates of manure applications vary from a moderate 70 pounds per 1000 square feet to as much as one ton per 1000 square feet.

Sewer sludge is a recycled product of municipal sewage treatment plants. Two forms are commonly available: activated and composted. Activated sludge has higher concentrations of nutrients (approximately 6-3-0) than composted sludge. It is usually sold in a dry, granular form for use as a general purpose, longlasting, non-burning fertilizer. Composted sludge is used primarily as a soil amendment and has a lower nutrient content (approximately 1-2-0).

There is some question about the long term effects of using sewage sludge products in the garden, particularly around edible crops. Heavy metals such as cadmium, sometimes present in the sludge, may build up in the soil. Possible negative effects vary with the origin of the sludge and with the characteristics of the soil where it is used.

Compared to synthetic fertilizer formulations, organic fertilizers contain relatively low concentrations of actual nutrients, but they perform important functions which the synthetic formulations do not. They increase the organic content and consequently the water-holding capacity of the soil. They improve the physical structure of the soil which allows more air to get to plant roots. Where organic sources are used for fertilizer, bacterial and fungal activity increases in the soil. Mycorrhizal fungi which make other nutrients more available to plants thrive in soil where the organic matter content is high. Organically derived plant nutrients are slow to leach from the soil making them less likely to contribute to water pollution than synthetic fertilizers.