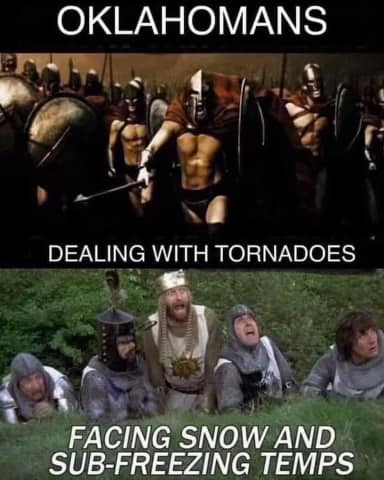 So, you won’t know this about me (probably) but earthquakes scare me. I was talking with a friend from Cali the other day (discussing her moving east) and she said, “But aren’t you scared to death of the tornadoes?” I retorted, “Not nearly so much as dealing with an earthQUAKE!”

I suppose every state has some natural thing that concerns it’s residents. But tornadoes? I’ve always gone outside to see them if they are passing by me… I’m just curious that way I guess. And I’ve never given it much thought in terms of being afraid of it really. But earthquakes? Oh HELL no!

Ok, I don’t usually post memes on the blog… wait, I’ve never posted a meme on the blog… but this was just tooo funny.

I’ve lived in Germany and driven on the autobahn even in inclement weather. I’ve lived in Boston where it is simply ridiculously cold at times and LOTs of snow. I’ve been in Buffalo, New York in January. I’ve lived in Prescott, Arizona where there are regularly inches and inches of snow most years.

And in these places I have lived, I have NEVER seen people so completely freaked out about the weather than I have here in Oklahoma where I am from and now live. It’s really hysterical how folks sit behind their TV’s with their mittens on, cold simply because they know the temperature outside.

Out here in the country there are special concerns. The animals still MUST have water. (and have YOU ever stuck your tongue to a piece of ice? I think animals inherently know better!) So I must break the ice or carry water out twice a day. Brrrrrrrr!! I’ve always planted onions in February, but I doubt they get out there this year before March.

And yes, it truly is unseasonably cold here this year. We are probably breaking some temperature records… with temps below zero … which really doesn’t happen here. But still…well, this meme says it all. Be strong and of good courage my fellow Oklahoman’s! It will be gone soon! As my mother always said, “Nothing lasts forever!”

Okay, as an aside, I found this one on my hard drive too… And since I live out in the country where we still burn stuff in a big huge fire pit, I especially appreciated this one…. (I mean, since I’m really doing memes on the blog! LOL) 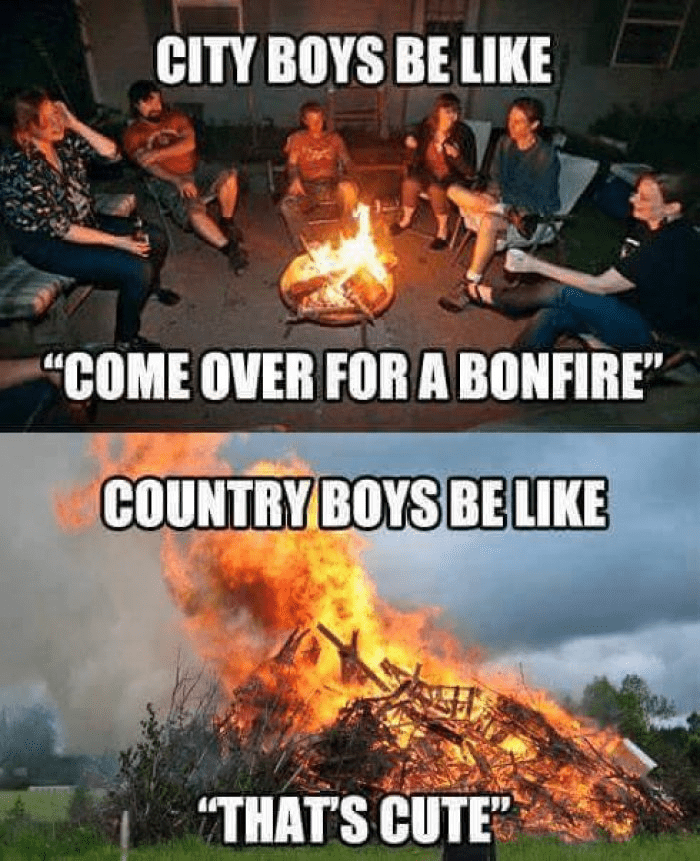 1 thought on “Oklahoman’s and Ice”