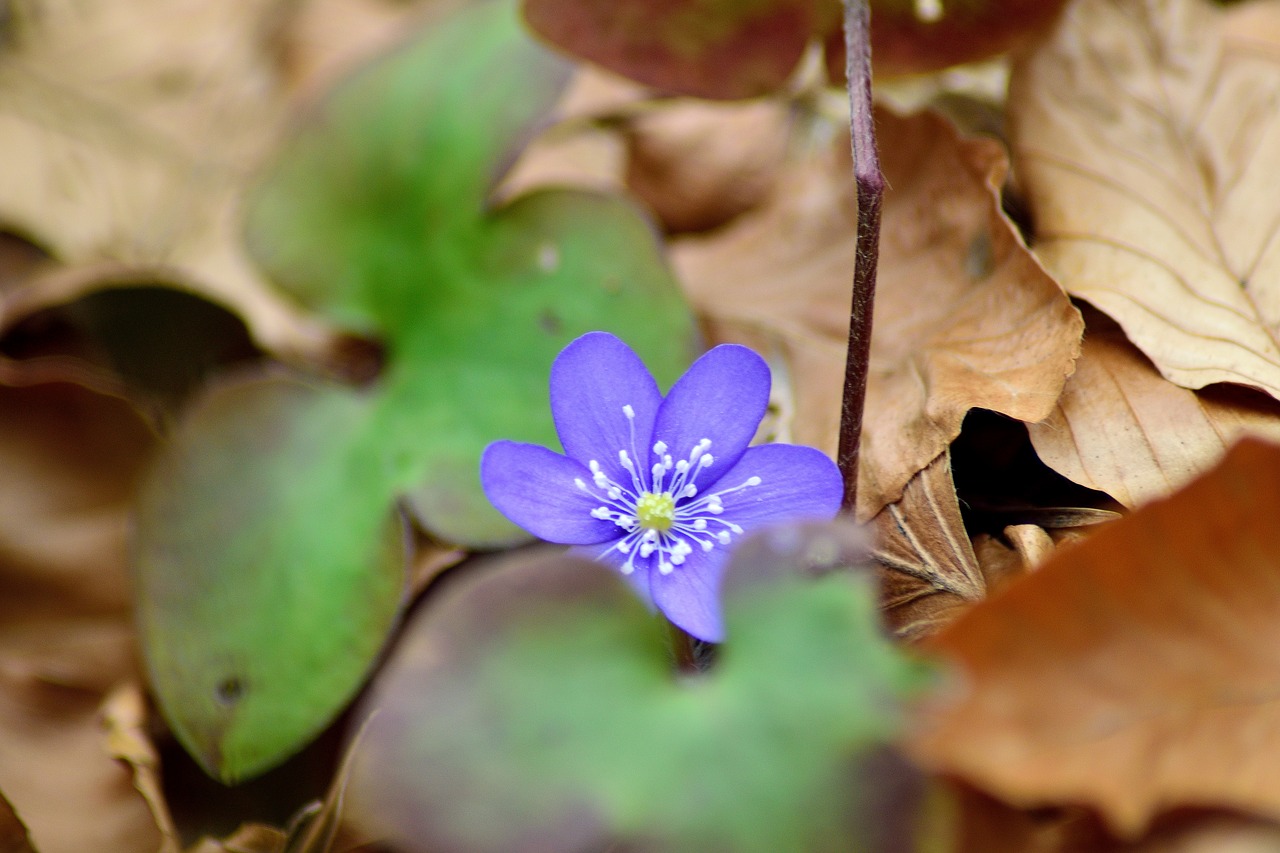 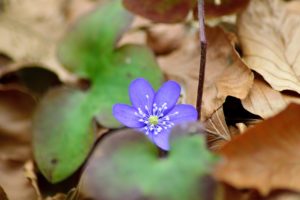 I have received many emails in the last few days, some unsubscribes, and many new subscribers.  Your emails have been a cross section of geography, thought, and opinion. Garden Notes readers span the globe from  Japan, China, and Korea to Brazil, Australia, and Greece, and yes, the United States. Your comments and emails are read, every one, and I always answer personally, but this time, I have to answer publicly because
a) it is a busy gardening year for me, and
b) there are simply too many to respond to personally.

My former broadcast was blunt and to the point… take reasonable precautions, chance favors the prepared. What is happening in Japan has the potential to affect our food supply greatly.

I determined that this affected this list because most subscribers are trying desperately hard to grow their own food, feed their families, and know what is in the food they eat. They are trying to increase their nutrient intake by improving their soil. Soil nutrition is THE largest factor in organic gardening. Anyone who pays attention to what is going on the world we live in knows that the world’s food supply is in peril. Not “third” world, “THE” world. Period.

This disaster has the potential for many things, not all of them dire or negative. The potential to “wake people up” to what they are putting in their mouths and how they are feeding their only body is very positive. Bringing about a positive change in the nutrition we receive in the food we eat is a good thing. Choosing our food and nutrition is very personal; and crisis (and what is going on in Japan IS a crisis) brings out the best and the worst in people. I don’t know about you guys, but some days, waking up is something I don’t want to do.

But wake up I must… every day.

The only purpose that FarmHomestead serves is to help people learn to grow their own nutritious food. The revenue is minimal, and I spend many hours per week adding information to it. It started out as a garden calendar The blog was recently added in order to keep such large amounts of information more cataloged and as a way to keep more closely connected to YOU our reader. If I over stepped the bounds, in your opinion by commenting on something I think affects our food supply and our individual ability to grow food, please know that the only intention was to alert gardeners of potential threat to gardening for food. I still believe this situation to be a potential threat to the food supply. FarmHomestead  …

In attempting to write and respond to many emails, I ran across an article in the Oklahoma Sustainability Network newsletter published Monday, Ace said it well enough.
Things are really bad, folks… seasoned activists are crying

I’m aghast. Frightened. Shaking. This is the worst day of my life.

This could be much worse than Chernobyl.

Chernobyl killed about a million people.

And this could be worse?!?

This figure, a million people, is denied by the nuclear industry, but was the conclusion after researchers assessed over five thousand individual studies. The final report was translated into English last year, and published in the United States by the New York Academy of Sciences.

Which, thankfully, didn’t severely damage any nuclear power plants, although one reactor site thousands of miles from the epicenter was closed for many months afterward.

Not one thing that is happening in Japan right now comes as a surprise to knowledgeable so-called “anti-nuclear activists” around the world. We saw it coming decades ago.  We really did.  No one should deny us that.

Not one step in the horror that is unfolding went unpredicted.

We even presented decades-old historic documents proving our case, such as CARTOONS showing the worries about airplane impacts.  And worries about earthquakes. And tsunamis.  We kept saying something like this was inevitable.  Containments would be breached.  Radiation would be released.  Deaths will occur globally forever.

THIS WAS UNTHINKABLE.  But we thought it out.

It will happen again.  That’s the really unthinkable part.

Even as this horror unfurls, the bravado of the employees at America’s nuclear power plants is unimaginable.Â  Moments ago, a reporter in a live broadcast said the nuclear industry would have lot of new data to figure out what to do next, to keep things safe!

But instead, they’ll deny that even a 7.1 earthquake can happen here.  And only a “tiny” tsunami…

San Onofre, in Southern California (and downwind from Fukushima-Daiichi) is only built to a 7.0 earthquake standard. It is right near the Pacific Ocean, only “protected” by a 25-foot sea wall. That wouldn’t have resisted these waves, or the Indonesian waves of 2004.

ACTUAL tsunami waves washing over San Onofre (and Diablo Canyon) might be HUNDREDS of feet high because nearby underwater canyons can create skyscraper-high waves of water.

Scare tactics?  I’m so tired of being accused of scare tactics!  The public has a right to know that their participation in opposing nuclear power is required to get these awful nuclear power plants shut down forever — which HAS to happen, or else THIS will keep happening.

The media also needs to have a better understanding of what’s happening. But how can anyone be asked to understand what is going on, when even the experts don’t know what is happening inside the containment buildings, let alone inside the reactors pressure vessels themselves? They know that pumping more water into them helps.Â  But even that is very hard to do. And isn’t good for the water.

Telling the truth about what’s happening right now isn’t a scare tactic. Even more than a hundred miles from the site of the accident, the U.S. Navy was getting so irradiated (the equivalent of an entire month’s “normal” radiation exposure per hour, we’re told) that they lumbered out of the area as fast as their TWO NUCLEAR REACTORS ON BOARD COULD CARRY THEM.

Lucky they didn’t blow a gasket in their rush to save themselves.

Three — now I hear four — nuclear reactors at Fukushima-Daiichi have suffered explosions. This is unprecedented. And workers are being pulled away… it will get even worse if no one mans the pumps! (See below).

The nuclear industry calls this a great surprise, unpredictable.Â  We’ll just build to higher standards, they say, as they continue to run there old reactors despite the dangers.

But we predicted it! We even predicted cascading nuclear accidents!

Harvey Wasserman, like Helen Caldicott a distinguished critic of nuclear power, whose comments have fallen on deaf ears for years … sounded like he was crying, as I have been, on his interview today. Things are really, really bad.

This is a silent genocide.  The deaths will occur for decades, centuries, and millennia to come.

If the winds blow the poisons here, as they typically do, our children will be the first to suffer. Our infants, our fetuses… our pregnant young mothers. No racial or religious group did this to us, industrial arrogance brings these ill winds.Â  We are in for a dousing.Â  A black rain. Parts of Japan may be getting radioactive soot rain-outs, called fallout, right now. And Korea, China, etc… And this isn’t even as bad as it can get.

The spent fuel pools: One of them is draining itself. They can’t seem to prevent it. Several reactor pressure vessels might suffer a steam explosion at any moment. If the pools empty, then inevitably the fuel will soon catch fire and burn.

This is awful. Thanks, Toshiba. Thanks, Hitachi. Thanks, General Electric. Thanks, nuclear industry.

THIS event, as bad as it is and as bad as it might become, is fair warning for what might happen at every other nuclear site around the world.Â  NO NEW NUKES! is not nearly enough. NO NUKES! Scrap the old ones.

It’s now well past too late. We don’t need to wait 20 years for a new set of studies of the health effects.

Everywhere along the coast where the tsunami struck, people will be moving back and rebuilding their homes. But around Fukushima-Daiichi, they won’t be moving back in our lifetime. And the exclusion zone was just expanded again, and probably will be again. Or should be.

Actions have always spoken louder than words. Acts of God, acts of Mother Nature, have always trumped arrogance. Acts of arrogance should be followed by acts of contrition.  But if you expect the nuclear industry to fold, don’t hold your breath.

Ace Hoffman
Carlsbad, CA
Hoping San Onofre is spared until we can shut it down forever and get the waste stored properly! (Catch-22: There is no proper storage of the waste.)
One-minute tutorial on wind patterns