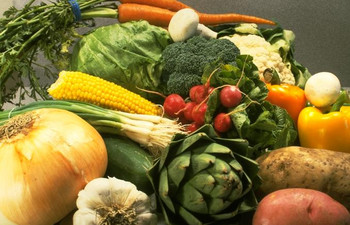 Many people purchase organic food because they believe it is healthier than conventionally grown food. The organic industry is constantly told that there is no evidence to support these claims. This article looks at published information that shows that organic food is substantially healthier than conventional food. Research published in a 2001 study showed that the current fruit and vegetables in the United States have about half the vitamin content of their counterparts in 1963. The study was based on a comparison of published USDA figures.


A peer-reviewed scientific article published in the February 2003 Journal of Agricultural and Food Chemistry stated that organically grown corn, strawberries and marion berries have significantly higher levels of cancer-fighting antioxidants than conventionally grown foods. Some of these compounds, such as flavonoids, are phenolic compounds that have potent antioxidant activities. Many are produced by plants in response to environmental stresses, such as insects or competing plants. They are protective compounds that act as a plant’s natural defense and also have protective properties in human and animal health.

The research suggested that pesticides and herbicides disrupt the production of these protective compounds. Good soil nutrition appears to increase the levels of these natural compounds that have anticancer, immune-boosting and anti-aging properties.

Another peer-reviewed scientific study, published in the European Journal of Clinical Nutrition, showed a higher level of a protective phytonutrients in organic food. Dr John Paterson and a team from the University of Strathclyde, U.K., found that organic vegetable soups contain almost six times as much salicylic acid as non-organic vegetable soups. Salicylic acid is produced naturally in plants as a protective compound against stress and disease. It is responsible for the anti-inflammatory action of aspirin, and helps combat hardening of the arteries and bowel cancer.

The average level of salicylic acid in 11 brands of organic vegetable soup on sale in Britain was 117 nanograms per gram, compared with 20 ng/g in 24 types of non-organic soups. The highest concentration of salicylic acid, 1,040 ng/g, was found in an organic carrot and coriander soup, while it was not detectable in four conventional soup brands.

Two comprehensive studies have been published that compared the differences between organic and conventional foods. Both studies analyzed around 40 previously published studies. One study was conducted in the United Kingdom and the other in the United States, each independently of the other. Both studies came up with similar conclusions that there is overwhelming evidence that organic food is more nutritious than conventional food.

One of the authors stated,

On average our research found higher vitamin C, higher mineral levels and higher phytonutrients — plant compounds which can be effective against cancer. There’s also less water in organic vegetables, so pound-for pound you get more carrot for your carrot.

It is no coincidence that consumer demand for food supplements has grown as the amount of minerals and vitamins has declined in conventionally farmed food. Many people cannot get the necessary quantity and quality of nutrition from food grown with synthetic chemicals.

In the recent past there have been a number of media stories claiming that, because organic foods are grown with manure, they contain higher levels of dangerous pathogens. On investigation, all of these stories were proved to be false, and most of the media presenters apologized publicly for promoting inaccurate and misleading stories.

It is a requirement of organic certification systems either that animal manures be composted or that two non-food rotations be grown on a manured site before it can be used for small crops. In fact, a UN Food and Agriculture Organization report concluded that the superior management practices of organic agriculture reduce E. coli and mycotoxin infections in food:

It can be concluded that organic farming potentially reduces the risk of E. coli infection. … Two studies reported by Woess found that aflatoxin M1 levels in organic milk were lower than in conventional milk… As organically raised livestock are fed greater proportions of hay, grass and silage, there is reduced opportunity for mycotoxin-contaminated feed to lead to mycotoxin-contaminated milk.

The use of antibiotics, antimicrobials, and hormones or other growth promoters is prohibited in organic production. Where animals are treated with veterinary chemicals, they are not allowed to be sold as organic. Similarly, the use of synthetic chemicals as preservatives, colorings, antioxidants, etc., is prohibited in the processing of organic foods. There is an increasing body of concern about these synthetic compounds in the diets of humans and animals use for human food.

Many studies show that most conventionally farmed foods have pesticide and other chemical residues. Repeated tests show that many of these foods can carry a cocktail of synthetic poisons. A growing body of scientific evidence is showing that repeated exposures to cocktails of small amounts of synthetic chemicals produce a range of adverse health effects. A recently published study shows that as little a one-tenth of a part per billion of one commonly used herbicide can damage reproductive systems. In addition, many scientists believe these exposures of minute quantities of agricultural chemicals are very significant for children.

A study by the U.S. Centers for Disease Control found a cocktail of many toxic chemicals in the blood and urine of most Americans that they tested. Other studies show that most living organisms carry a cocktail of synthetic/manmade chemicals. Only now are scientists beginning to understand the detrimental effects of minute amounts of these artificial toxins.

Peer-reviewed, published research has demonstrated that many of these types of chemicals are known to disrupt the hormone, nervous and immune systems. The escalating increase of certain types of cancers such as lymphoma, leukemia, breast, uterine and prostate cancers are linked to agricultural and other synthetic chemicals. Similarly, a good body of scientific research also links these chemicals to dramatic increases in autoimmune diseases such as asthma and chronic fatigue syndrome, and non-Hodgkin’s lymphoma has gone from being one of the rarest to one of the fastest growing cancers among people exposed to agricultural chemicals.

A detailed scientific analysis of organic fruits and vegetables published in the peer-reviewed journal Food Additives and Contaminants showed that organic foods have significantly less pesticide residues than conventionally grown foods. Most important, scientific studies are beginning to show that eating organic food results in lower levels of these pervasive chemicals in humans. A study published in the peer reviewed journal Environmental Health Perspectives found that children who eat organic foods have lower levels of one class of agricultural pesticides in their bodies. The University of Washington researchers who conducted the study concluded,

The dose estimates suggest that consumption of organic fruits, vegetables, and juice can reduce children’s exposure levels from above to below the EPA’s current guidelines, thereby shifting exposures from a range of uncertain risk to a range of negligible risk. Consumption of organic produce appears to provide a relatively simple way for parents to reduce their children’s exposure to OP pesticides.

High nitrate content in food and drinking water can be converted to carcinogenic nitrosamines. Nitrates can impair the ability of the blood to carry oxygen and may pose a risk of methemoglobinemia, a condition that can occur in infants and adults with a diminished capability to secrete gastric acid. A rise in the pH in their digestive system allows bacteria to proliferate, increasing the transformation of nitrate to nitrite. When this nitrite is absorbed into the bloodstream, it oxidizes iron in the hemoglobin of red blood cells to form methemoglobin, which lacks hemoglobin’s oxygen-carrying ability. In severe cases this can be one of the causes of Blue Baby syndrome, however in most cases the symptoms would be tiredness, lethargy and a general feeling of being unwell.

The nitrate content of organically grown crops is usually significantly lower than that of conventionally grown products. The governments of Germany and France have encouraged conversion to organic farming in certain areas in a bid to improve water quality, particularly in relation to its nitrate content.

It has been demonstrated that organically produced foods have lower levels of pesticide and veterinary drug residues and, in many cases, lower nitrate contents. Animal feeding practices followed in organic livestock production also lead to a reduction in contamination of food products of animal origin.

The facts show that organic food has significant health benefits because it has negligible chemical residues and pathogens and higher nutritional values when compared to conventionally farmed food.

Reprinted with Permission from Acres U.S.A Acres U.S.A. is the national journal of sustainable agriculture, standing virtually alone with a real track record — over 30 years of continuous publication. Each issue is packed full of information eco-consultants regularly charge top dollar for. You will be kept up-to-date on all of the news that affects agriculture — regulations, discoveries, research updates, organic certification issues, and more.