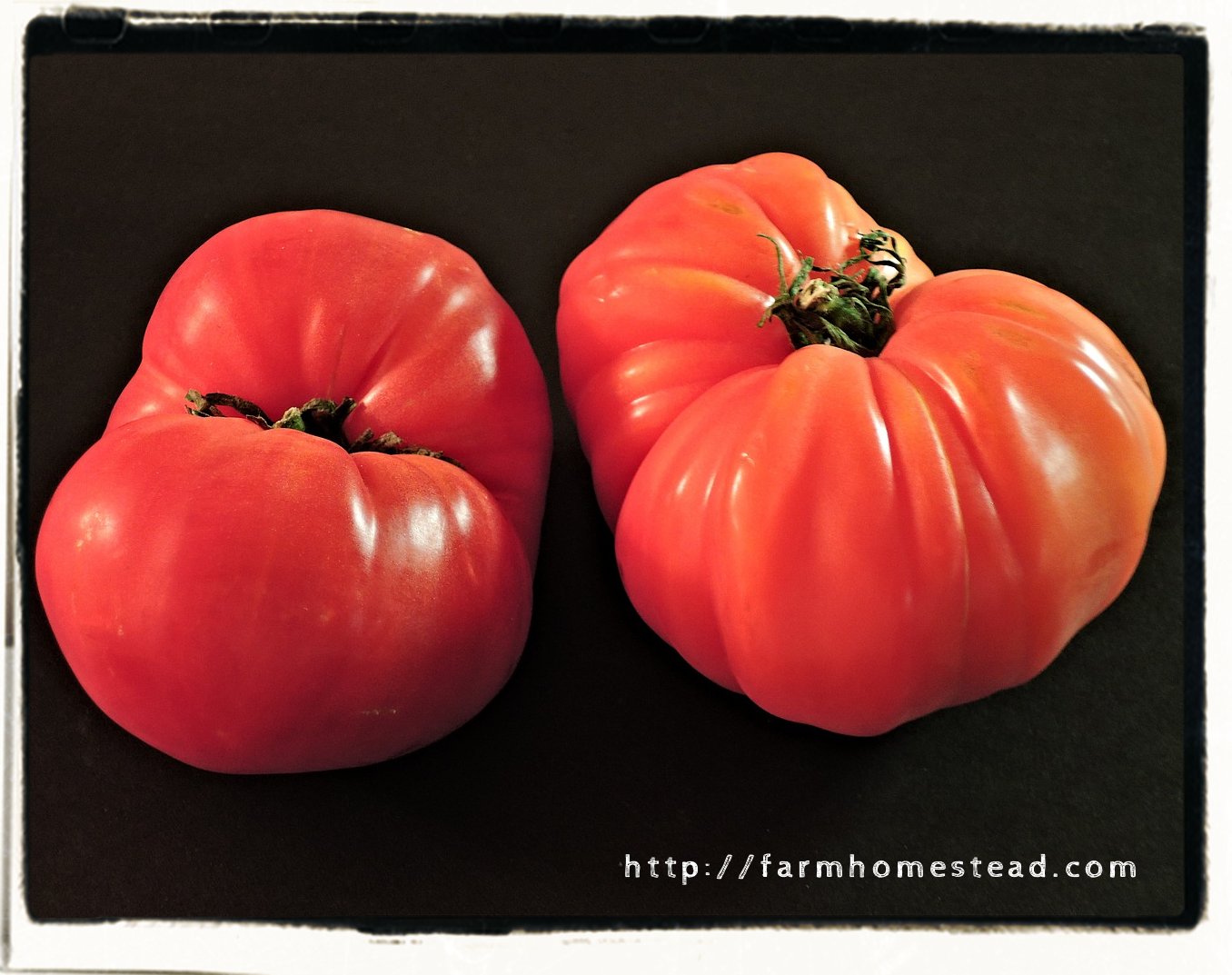 There are many reasons to make open pollinated [“heirloom variety”] seeds an integral part of your gardening experience and food storage. They are simply, the “Seed of Tomorrow”. If seeds are collected from F1 hybrids, the plants grown from those seeds will generally not have the characteristics that you desired in the parent plant. Open pollinated seeds allow the gardener the option of saving seed and growing the plants you like, year after year. In the April 1991 issue of National Geographic, in an article titled, “World Food Supply at Risk”, the authors point out past failures of agriculture being based on only a few varieties.

Such disasters include the 1970 corn blight that destroyed much of the US crop and the potato famine that killed over 1 million in Ireland. Such disasters are not new. The article also states that there is evidence that a blight destroyed much of the maize crop around 900 AD and probably caused the collapse of the Mayan civilization. I would recommend a trip to the library since the article is a good, sobering and interesting read, as is the October 1998 National Geographic on population and feeding the planet.


Several organizations, such as The Seed Savers Exchange, have been established for education and as sources for open-pollinated seed. I find it a bit of a chuckle that many people put such an emphasis of a year’s supply of food, but do not store usable seed, canning supplies and the like. What if, for hypothetical example, a flu pandemic in the US occurred and the duration was more than a few months? What if there was a new disease outbreak in our food crops, for example a new fungus attacked our wheat supply in a wet year?

The trouble with genetically identical (hybrid) crops is that they would all be at risk. That is the primary risk one runs with most of your caloric food base being dependent on one or two grain or starch crops.

The US used to be ready for such a crisis, but not anymore.

From Jeff Rense
When one thinks of the recent “mad cow” concerns here in the United States, one realizes that even today, agricultural disasters can still happen as is illustrated by this short article.

The current trend of some large agricultural conglomerates is to develop hybrid/biotech seeds that will not germinate when collected seed is replanted, or have the plant “self-destruct”. This technology now has several patents. For a look at the “terminator gene” being developed for use in several crops, such as cotton, see the article from University of Indiana on the Terminator Gene.

It is easy for me to see both sides here. If the company spends millions of dollars to develop a new, higher yielding strain; they will want to protect that research at least until the money is recovered with some as profit. The trouble is illustrated by that oil rapeseed farmer in Canada (Percy Schmeiser) whose fields were planted with his own stuff and then his fields were contaminated with the genetically modified rapeseed. Even though he never planted the stuff, he found himself in court. The company (Monsanto) sued him (successfully!) when their gene was found in his crops, Even though he grew his own seed and his was contaminated. Shows a break down of common sense in the judiciary, which is no big surprise. The other problem is that by having terminator seeds, it allows direct corporate control of farmers by a corporation or government. In other words, they control what you can grow to insure “customer loyalty”.

For more on Percy Schmeiser see:
The Western Producer

Currently only a handful of companies control most of the US seed and nursery market. A recent Countryside and Small Stock Journal article titled “Do you know where your seeds come from? You may be surprised. The Gardening Game”. The article highlights this consolidation [of seed vendors] in the US market place.

Several books on saving seeds, including:

How to Grow Vegetables and Fruits by the Organic Method, Rodale Press, out of print, but easy to find at used bookstores or e-bay.

How to Grow More Vegetables: And Fruits, Nuts, Berries, Grains, and Other Crops Than You Ever Thought Possible on Less Land Than You Can Imagine by John Jeavons (Paperback – Mar 2002)

Square Foot Gardening by Mel Bartholomew (now a Classic. I like the former editions best!)

Introduction to Permaculture by Bill Mollison and Slay Reney-Mia

Gaia’s Garden: A Guide to Home-Scale Permaculture by Toby Hemenway and John Todd

Greenhouse Gardener’s Companion: Growing Food and Flowers in Your Greenhouse or Sunspace by Shane Smith and Marjorie C. Leggitt

Also refer to the extension service of your state university.