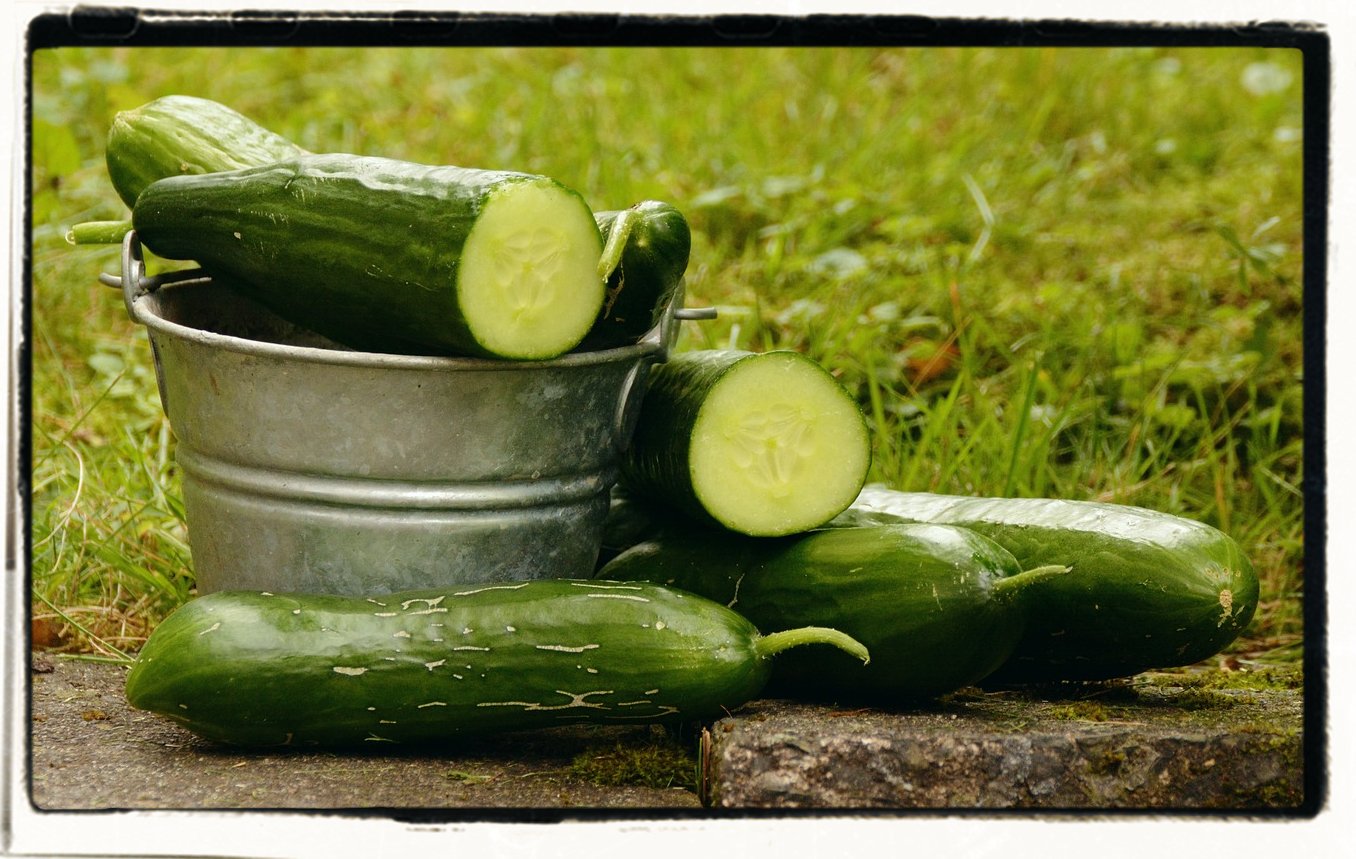 Learn How to Plant, Pick and Preserve This Crisp Vining Squash

Cucumbers are among the most ancient of cultivated vegetables and are thought to have originated in Southern Asia. Aristotle spoke of the healing powers of cured cucumbers and the Roman Emperor Tiberius grew cucumbers in carts so his workers could wheel them around to chase the sun for a longer growing season. America has strong ties to the cucumber, having been named for a pickle peddler. Amerigo Vespucci was in charge of outfitting ships for long journeys across sea (including to America!) and he made sure to pack vitamin-C laden vegetables – cucumbers prime among them – to prevent scurvy.

Cucumbers can be grown in most zones in the U.S., although gardeners in Zone 4 and north may want to choose short-season variety cucumbers. Cucumbers need warm, moist soil and should be planted several weeks after the last spring frost when soil and air temperatures have stabilized to 65 degrees.

The optimal pH range for growing cukes is 6.0-7.0. Moderate amounts of nitrogen and high amounts of phosphorus and potassium will benefit the plants. Although cucumbers like moist soil, don’t plant them in a wet spot which will encourage disease.

Cucumbers have a 50-65 day growing period, depending on variety and growing conditions. Consider growing your cucumbers on a trellis—most varieties love to climb and cucumbers grown on trellises typically produce uniform fruit and 2-3 times more fruit than varieties grown on the ground.

Cucumbers are extremely frost sensitive and need plenty of water to retain their juicy crispness. Plant cucumbers in a site with all day sun. Afternoon drooping is to be expected from high temperatures but wilting plants in the morning indicate immediate watering is needed.

Water in the A.M. so leaves have a chance to dry during the day (Watering at night encourages disease). Water the base of the plants, not the leaves, and provide 1 – 1½ of water each week, especially during the time the plant is flowering and fruiting.

Cucumber Beetles – The adult cucumber beetle is 1/4 in. long. It damages plants by chewing holes into the leaves. Yellow-orange eggs can be found in clusters of 25-50 on the underside of plant leaves.

Mildew – A fungal disease that first appears as angular, yellow spots on the upper leaf surface. During humid weather a grayish growth of the fungus appears on the undersides of these spots. Spots enlarge and a general yellowing of the leaf, followed by brown discoloration and, finally, death of the entire leaf occurs.

Leaf spot – Caused by a bacterium that attacks the leaves, stems and fruit of cucurbit plants. On leaves, the bacterium causes small, angular, water soaked areas which later turn brown or straw-colored. On fruit the bacterium causes circular spots. These spots often crack open and turn white in color. Under humid conditions, a white, milky exudate, consisting of bacteria, forms on the lesions and dries to form a thin, white crust.

Bugs may be picked off by hand and mesh or row covers can be used. The best defense against disease is ensuring proper spacing, watering, and air circulation for the vines.

There are numerous varieties of cucumbers, divided into slicing or pickling categories. A slicing cucumber is usually served raw and used in salads and sandwiches, but can also be cooked. Pickling cucumbers, sometimes called gherkins, are smaller than slicing cucumbers, can sometimes be harder to find, and have thick, bumpy skins. English gourmet or burpless cucumbers are seedless and are longer and thinner than traditional cucumbers.

Cucumbers mature quickly and you will want to check your vines daily when they get to the point of harvesting. Pick your cukes before they are completely mature, both for taste and so the plants will continue to produce. They are ready for harvesting when the skin is dark green and the cucumbers are moderate size – 3-4” for pickling cucumbers and 6-8” for slicing varieties.

Being 95% water, cucumbers contain only small amounts of vitamins and minerals. Their water content, however, makes them a favorite of dieters who can eat as much of the crisp plant as they like without guilt.

Sliced cucumbers placed on the eyelids are also a well-known beauty treatment. Why? The flesh contains acids which sooth skin irritations and reduce swelling and puffiness.

Cucumbers should be stored at 45°-50° Fahrenheit and never stored with fruits (such as apples, tomatoes, melons)that let off ethylene gas which cause cukes to go soft, faster.

Pickling cucumbers is the most popular method to preserve them and with good reason. A wide variety of salt, oils, and spices can be used to find the pickled taste that suits you and your family best. Plus, pickling done in your own kitchen relies on healthy, active bacteria, which boosts your immune system – versus commercial pickling which relies on additives and preservatives.
Article by Dena Harris