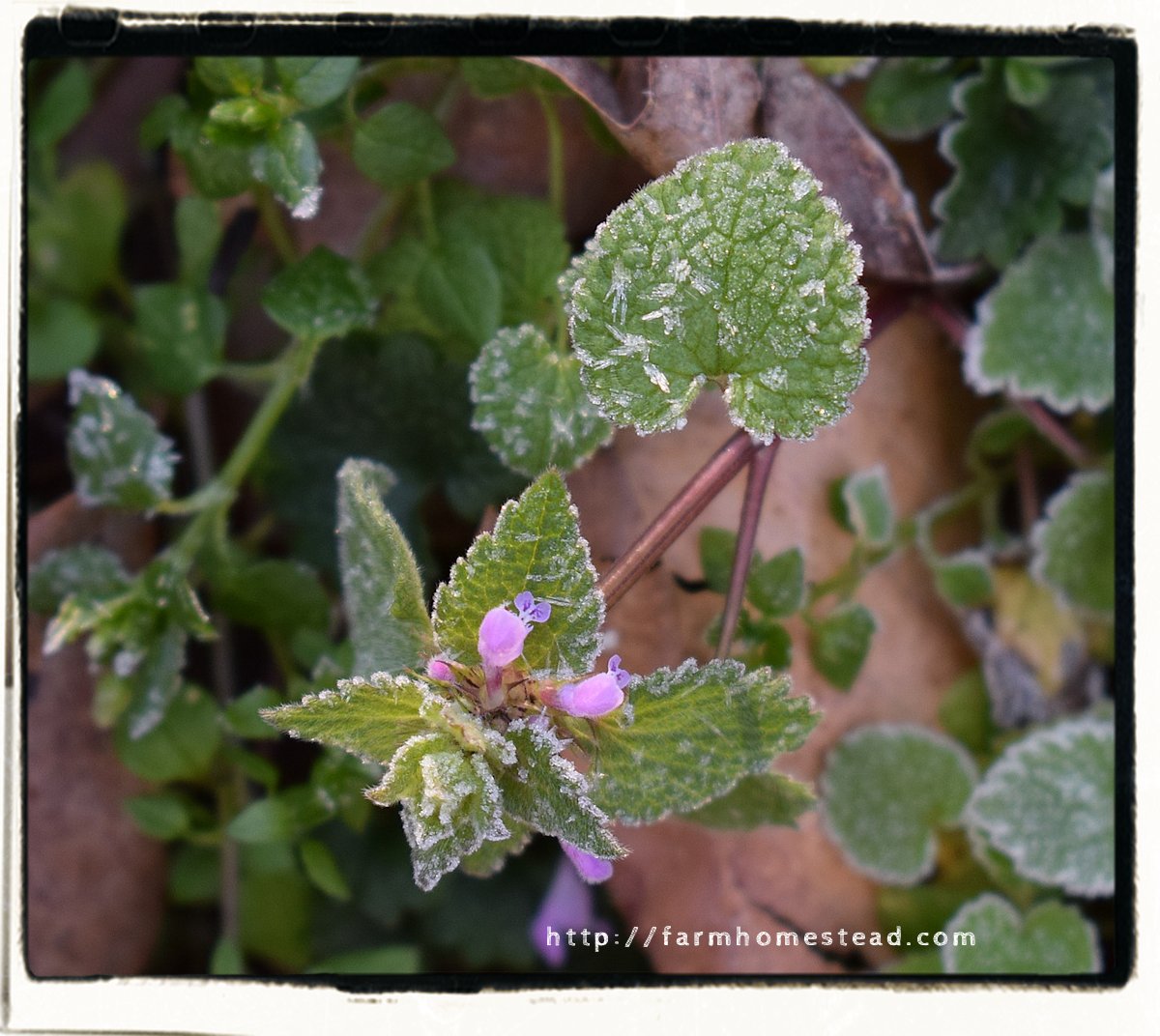 A frost is defined as a covering of minute ice needles, that forms on surfaces at or below freezing. Even if the actual temperature is not freezing, windchill can cause the moisture in a plant to freeze. A frost also has come to mean a brief dip in temperatures to freezing or just below, with or without ice crystals. With ice crystals, the technical name is hoarfrost. Black frost refers to a dry freeze without ice crystals, which kills vegetation, turning it black.

What is the difference between a frost and a freeze?

Frost occurs on a clear, still night, as heat radiates from surfaces to the air. The temperature drops below 32 degrees, and water vapor freezes on those surfaces. A light covering of hay, a slight overhang of a tree, anything that helps hold air will prevent too much damage from a frost because it helps hold the slight bit of heat released as moisture freezes.

The reason most frost happens on clear nights is because clouds and fog help hold heat closer to the earth, usually preventing a frost. Clear nights carry more risk of frost.

A freeze is when very cold air blows into an area. The air is colder than freezing, (water freezes at 32°) there is wind, and the humidity is very low. There are varying levels of freeze. (see below)

Frost – 32 ° F
This is also referred to as a ‘lite’ freeze.
Damage depends upon the frost’s duration, topography, humidity, etc…

25 °F to 28 °F
There will be some damage to most vegetation and heavier damage to fruit blossoms and tender plants.

Severe Freeze – 24 °F and colder
There is heavy damage to all but the hardiest of plants.