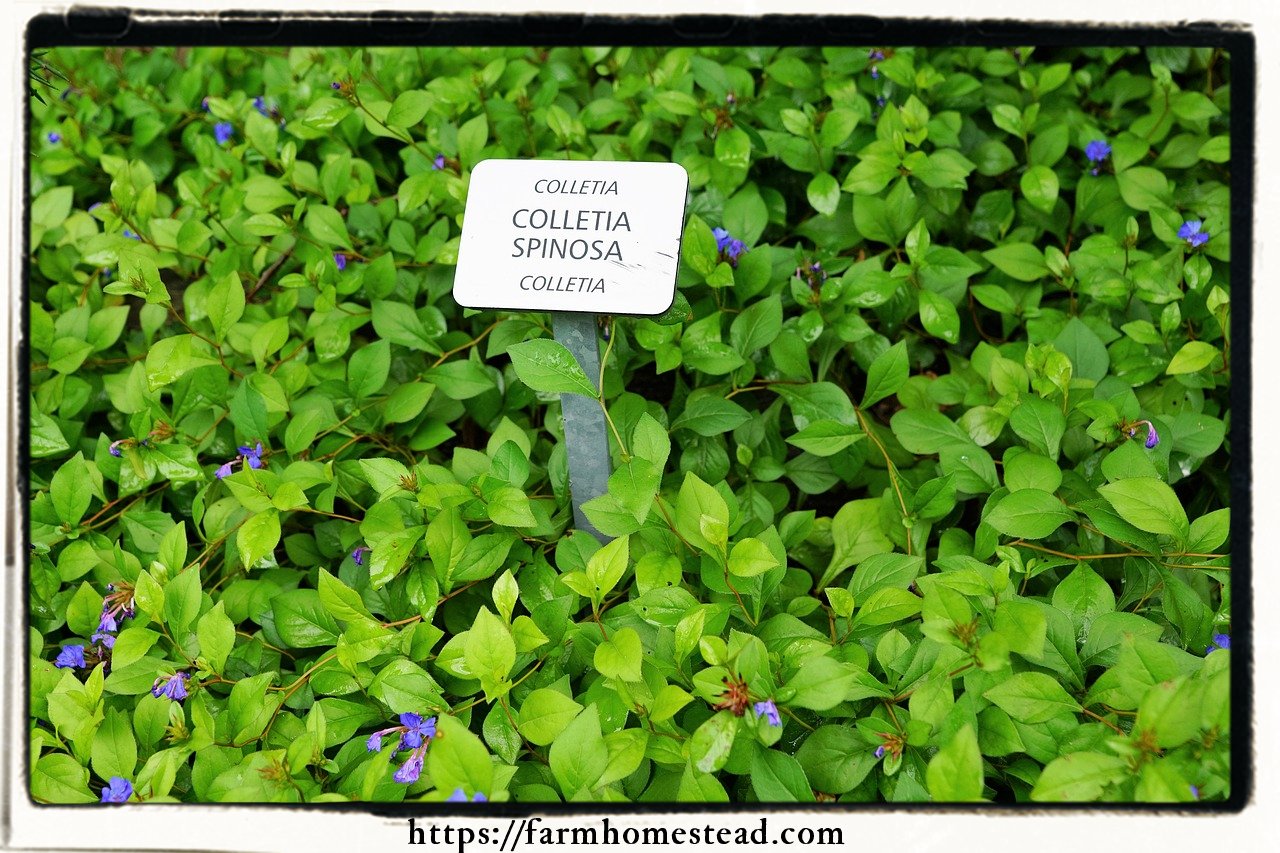 Does anyone REALLY have any idea how many different plants there are on our planet? New plants are constantly being discovered. The Flora of North America Project will treat more than 20,000 species of plants native or naturalized in North America north of Mexico, about 7% of the world’s total. Both vascular plants and bryophytes are included.

FYI: Bryophytes are a group consisting of three divisions of non-vascular land plants (embryophytes), the liverworts, hornworts and mosses.

With such large numbers, it is quite obvious that turmoil is just a marigold away, unless there is a system that provides every plant with it’s own exclusive unique name.

I will mention (gratefully) that a slick system is already in place, and it allows plant people the world over to correspond with a given name, and that, even if they speak different languages. It was invented by a Swedish fellow named Carl von Linne (Carl Linnaeus) in 1753 (or so), it has been literally used for centuries.

You can read more about Carl Linnaeus at The Linnean Society of London. There is one thing about Linnaeus’s system that sometimes undoes people – it is in Latin. Why do you suppose he did that? It is spoken by almost no one, but it truly is a ubiquitous written language. So gardeners in Singapore, Edinburgh, Sydney, and Dallas will all know what Coriandrum sativums is – the green plant (if you don’t EAT it first) that the culinary spice Coriander is harvested. 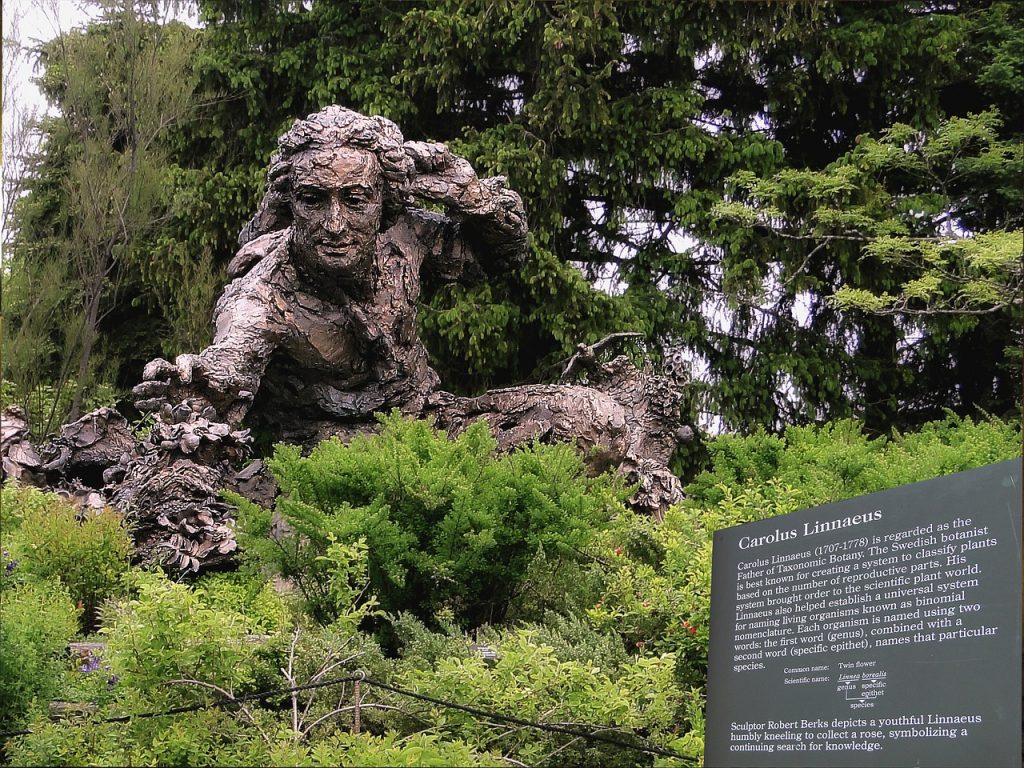 Why Do We Not Call a Plant by it’s ‘common name’?

Well, confusion creeps in when a single common name sometimes refers to several different plants. For example, some refer to calendula as marigold (or pot marigold), (Calendula officinalis), but someone else may have marigold in their mind as (Tagetes patula) an annual flowering plant with far less medicinal value and very little current research to back up any folk claims made for it. Then there is Hypericum calycinum referred to as “Rose of Sharon” not to be confused with Hibiscus syriacus, also called “Rose of Sharon”. I drink tea from the latter all summer long, but the former is used herbally in an entirely different way.

Even in the United States some of our common wild flowers have many different common names depending on what part of their country you are in. But don’t be put off. Latin names are as easy to use as common names.

Genus and species
Just think of plant names like your family name followed by your first name: Avery, Jodi, except that plants are called by their Genus and species: Inula helenium.

Formality (that helps prevent confusion) insists that the Latin name be in italics. The capital letter for the Genus and the lower case for the species.

But! (I hear you whine) some plants have three Latin names, separated by spp., subsp., or var. Some have an ‘x’. And what’s with the words in quote marks that aren’t in italics? To explain…

There will be the ‘species’ plant in the wild which has a Genus and species name. But nature can be discrepant and there are plants that intermingle and are quite similar to the ‘species’ but have nuanced differences.

Related  What is Organic Composting?

A subspecies is a decidedly different variety, usually based on geographical location, and its name is written Genus species subsp. (Subspecies). For example, here’s a henbit called Lamium maculatum subsp. album.

A variety is a plant that has a slightly different natural botanical structure. Its name is written Genus species var. variety. For example, Sambucus racemona var. racemona is a variety of Elderberry.

A form is a plant that has a minor difference to the species, such as leaf color, flower color or fruit. Its name is written Genus species f. form. The form Rosa rugosa f. alba has white flowers. Often the ‘f’ is left out, so you will see the name written Rosa rugosa alba.

A cultivar is a cultivated variety of a plant species or hybrid of two species. This is usually accomplished by cultivation by humans as opposed to happening in the wild. The early 2000s marked the rise of a multitude of unique Echinacea cultivars, unlike anything seen before. One of the first was ‘Razzmatazz’ in 2003. This cultivar was reportedly identified as a random mutation in a field of coneflower. (The plants did it themselves? This can happen!) So how would it be written? Echinacea purpurea ‘Razzmatazz’

The cultivar name is written Genus species ‘Cultivar’, for example, Echinacea purpurea ‘Razzmatazz’. Formality (that helps prevent confusion) again insists that a capital letter is used for the cultivar name and that it is in quotation marks.

Families & Relatives
Learning the family of a plant is good learning tool. (expounded upon in “Botony in a Day” by Thomas J. Elpel) Using this knowledge you can see quickly which plants are related as they have the same Genus name.

And once you have been looking at Genus for a while you will find that every Genus belongs to a bigger group called a family. So, (check this out) tomatoes, potatoes, chilies and deadly nightshade all belong to the same family, called Solanaceae. Then there are roses, strawberries, pears, apples, and hawthorn – they are ALL members of the Rosaceae (Rose) family.

As you learn a bit of Latin, you will find you can often tell something about a plant from its name.

Sometimes a prefix or suffix is used: 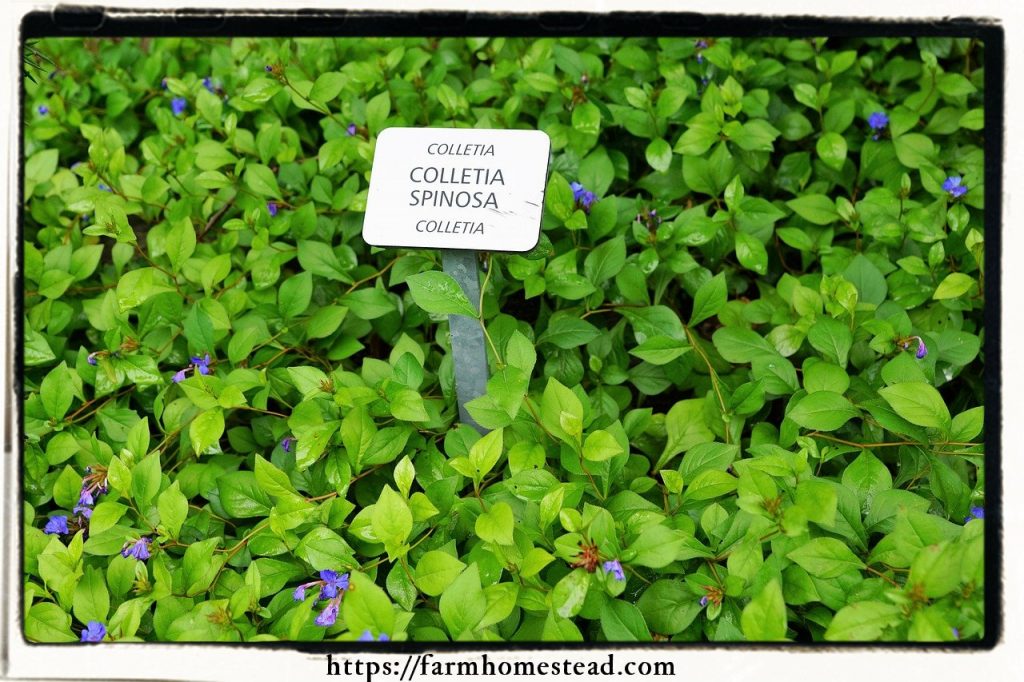