UPDATE: Many people were unable to get the text for this bill, or it was simply unavailable. We have obtained the full text and can be disseminated here: H. R. 875 Food Safety Administration Full Text

This bill is sitting in committee and I am not sure when it will go to the floor. One thing I do know is that very few of the Representatives have read it. I know it is difficult to read so many laws that go through, but something as important and far reaching as this bill should be read. And we should be encouraging our congressmen to vote against it… So often, when pressed for time, they take someone else’s word for what the bill contains. HR875 Bill proponents will be counting on it. I would urge all Homestead Express subscribers to read the legislation and ask for opposition to this terribly devastating legislation. Okay, it is not so bad for factory farming operations  (Monsanto, ADM, Sodexo and Tyson to name a few) but devastating for everyday home gardeners and small organic farmers. 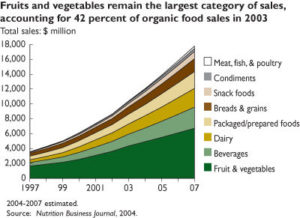 This legislation has been heavily influenced by lobbyists of the largest of the food producers. It is written so broadly that it could be “used” to take a conscientious home gardener, trying to grow their own food, fine them, and seize their property. This bill will affect anyone who produces food. Period. If you grow your own food on your own property to feed your own family, this bill effects you. The HR875 bill will (seriously) bankrupt independent farmers and food producers. It will take ridiculous amounts of money for these producers to conform to factory farming methods. Never mind that this is exactly WHY these food producers choose to garden and farm the way they do in the first place! If people choose to farm without industry standards such as chemical pesticides and fertilizers they will be subject to a variety of harassment from this completely new agency that has never existed before. Yes, a whole new government agency is being created just to police food, for our own protection of course.

Please urge every gardener you know to read this bill and to oppose the passage of this legislation.

It is hard to believe that this is happening in our country, but bills like this beg us to re-examine history. Those who don’t know history are destined to repeat old mistakes. And when we have laws this obvious being enacted in this country, go back to a time when it happened before… Didn’t Stalin nationalize farming methods that enabled his administration to gain control over the food supply? Didn’t Stalin use the food supply to control the people?

Related  The Benefits of Organic Food

Last word Legislate religion and enforce gag orders on ministers on what can and can’t be said in the pulpit, instituting regulations forcing people to rely solely on the government, control the money and the food. What is that called? It is on the tip of my tongue…

I haven’t read any of the Senate’s version of the bill as I have been poring through the House’s version. Here is the link and I hope some of you can take a look and post your observations and insights below. One thing I am pretty sure of is that very few if any Senator’s have actually read the legislation and when it comes up for a vote they will more than likely take someone else’s word on how they should vote. The other thing I am pretty sure about is that the legislation was probably written by lobbyists and industry experts.

Things you can do