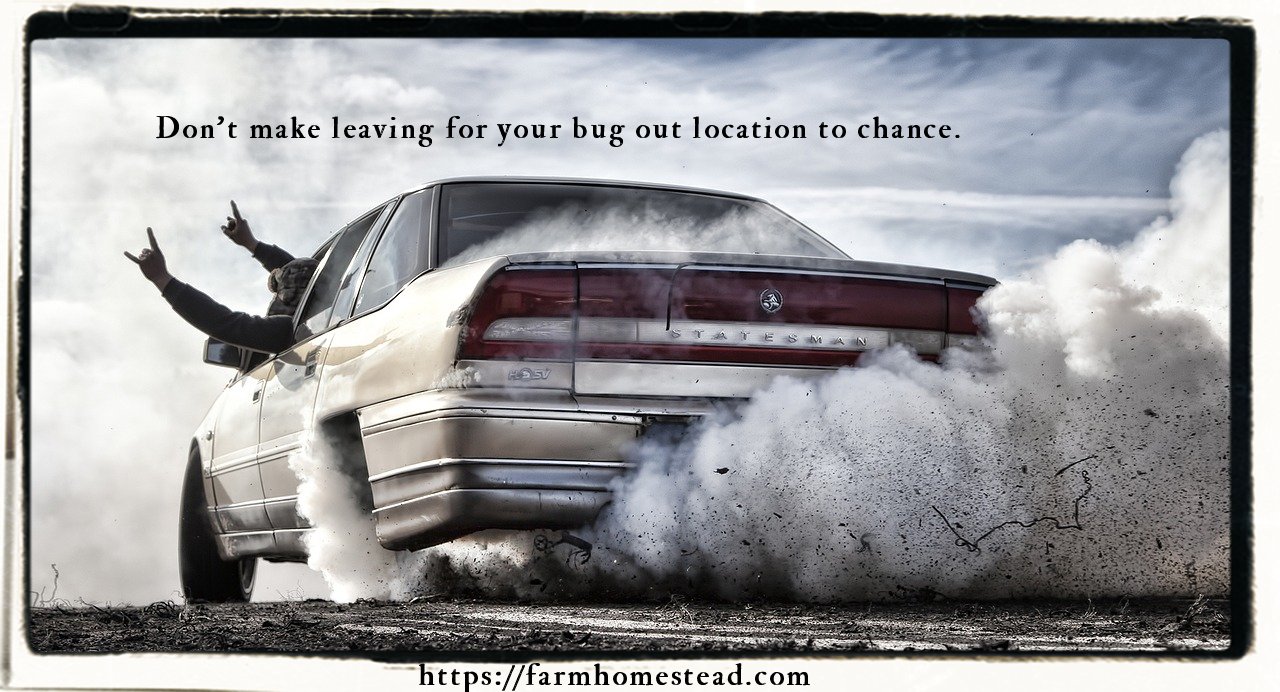 Have you ever seen that headline before?

There’s a lot of survival info out there on bug out preparation.
This article’s Number 1?

your bug out success depends only upon your own plans and self-reliance skills.

Even FEMA has directives on evacuations. But that didn’t stop the recent hurricane disasters from destroying the best laid bug out plans and killing people in the process.

The problem is, everything you thought you knew about SHTF (stuff hits the fan) bugging out is probably WRONG! As Mike Tyson once paraphrased from an original historic quote, ‘Everybody has a plan…until they get punched in the face’.

With more potential weather disasters still threatening to thrash lives and properties by smacking down mercilessly on the South East Coast during the height of ‘hurricane season’, here’s how NOT to die during the bug out itself…

I found it noteworthy that he says…

It surprises me that so many don’t quite grasp the fact that major metropolitan areas will always be a death trap in apocalyptic scenarios.

They will rapidly breed everything from scarcity of every necessary life sustaining essential, to never ending disasters from criminal anarchy, to disease by unsanitary conditions, such as what happened in Florida, to intense, systematic looting and murdering.

That is why having a well thought out BOL (bug out location) is so important. Sure, you don’t need one way up in mountainous no man’s land just to escape and hole up from coastal storms, a couple hundred miles inland on elevated terrain would work for that. But it would be more prudent to put in a little more effort, and have a BOL that fits all or at least most catastrophic events. Maybe a group effort with family and friends to minimize cost?

The big cities and most of the smaller ones will be uninhabitable if the so-called long overdue massive power outage, total economic collapse, nuclear war, or out of control plague or pandemic hit us.

Bugging out, smartly, and sooner rather than later, is the ‘only way to go’!

Mahatma Muhjesbude is a former Spec-ops combat Vet, LEO, international security consultant, and private contractor. He has instructor level credentials and skills in various survival disciplines. He is a dedicated advocate of Liberty and Justice for all and a proactive defender of our Constitutional rights. He strongly believes that the best value you can give back in life is vital knowledge through experience, and that’s why he’s writing for Survivopedia, using a pen name to protect his real identity. You can send Mahatma a message at editor [at] survivopedia.com 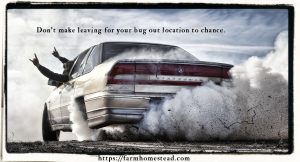 1 thought on “Having a Good Bug Out Plan is Essential”