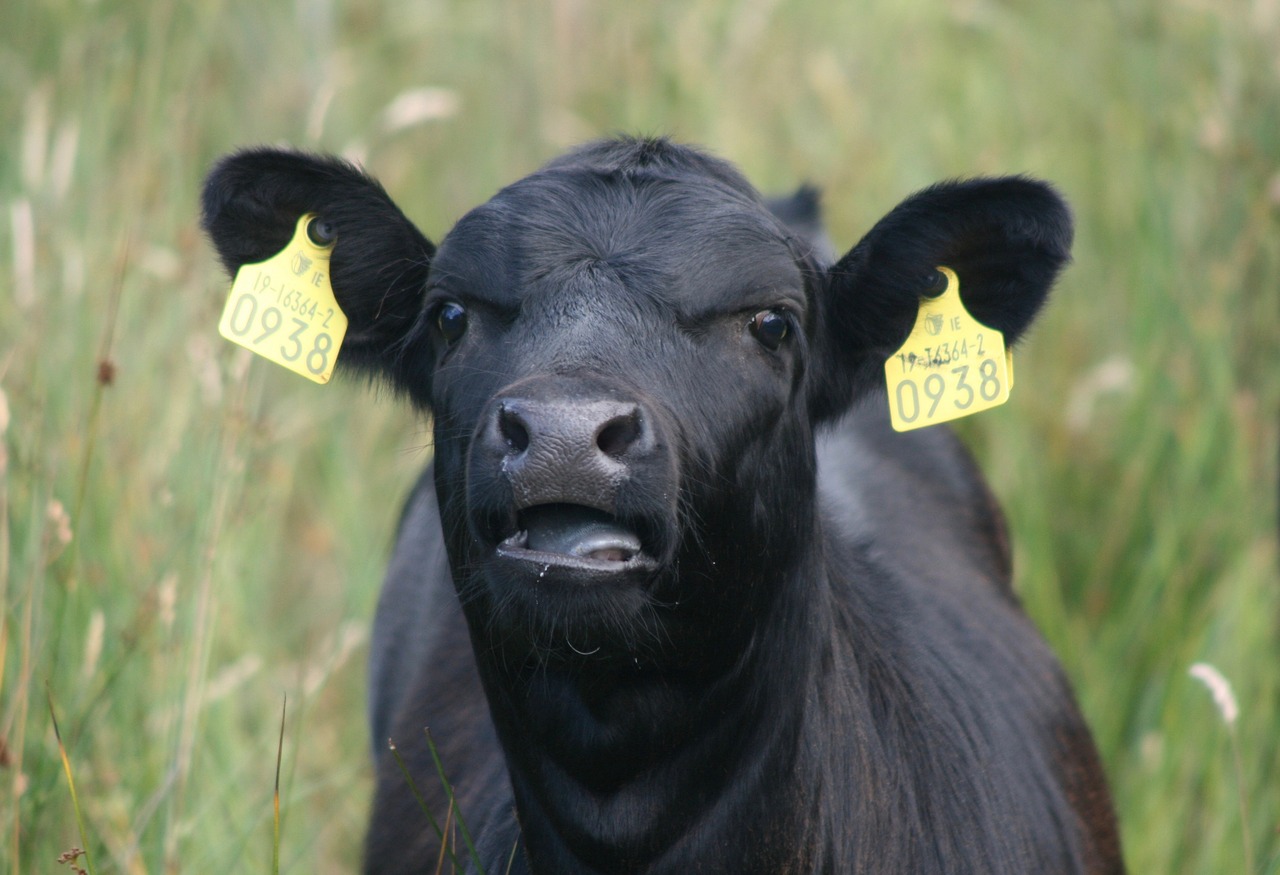 Old Big Brother Had a Farm:

If only Orwell could get a load of this.

The U.S. Department of Agriculture is promoting a system that would have farm animal owners and livestock handlers attach microchips or other ID tags to their furry and feathered charges so they could be monitored throughout their lifetimes by a centralized computer network. The National Animal Identification System, as it’s known, has been in development by the department since 2002, with help from an agribusiness industry group that represents bigwigs like Cargill and Monsanto.

Sounds like Animal Farm meets Big Brother. Yet, while some small-scale farmers are outspoken in their criticism of the scheme, many in the agriculture community say it’s high time the U.S. more carefully tracked livestock. The question is how best to do it — and the devil, as always, is in the details.

The vision, says Agriculture Secretary Mike Johanns, is to create a comprehensive high-tech tracking system that would eventually know the whereabouts of every cow, llama, hog, catfish, ostrich, and other farm critter in the nation so that animal-borne diseases such as avian flu, mad cow, and foot-and-mouth disease could be easily and systematically kept in check. If an animal were discovered to be a carrier of a disease, this system could supposedly track every location it had been in through the course of its life and the other animals it may have come in contact with; those exposed could then be killed before the disease spread out of control.

Some independent farmers are concerned that the costs of NAIS would be particularly burdensome for small-scale operators, who are already struggling to stay afloat. “It’s horribly insidious,” says Lynn Miller, editor of Small Farmer’s Journal. “The USDA is poised to push us off our farms.”

Dore Mobley, spokesperson for the USDA, counters that such claims are greatly exaggerated. “It’s simply not true,” she says, explaining that the department has no intention of putting any farmer, no matter how small, out of business. And though she acknowledges that farms of every size will have to share the costs of the program, she reasons that it is “an investment in the future of animal agriculture from which all will benefit.”

Martha Noble of the Sustainable Agriculture Coalition, which advocates on behalf of midsize and small-scale farming, acknowledges that some form of tracking system may be necessary for public-health reasons. “We are not opposed to a tracking program, per se,” she says. “We understand the need for effective monitoring of animals and disease, but there’s a lot of disagreement about how is it going to be implemented, who is in control, and how is it going to be paid for.”

Some small-scale farmers also suspect that the program was designed by big industry, for big industry — and, indeed, there’s no denying that industry had a heavy hand in it. According to Glenn Slack, president of the National Institute for Animal Agriculture, a trade group, “The program is largely based on a plan developed in 2002 through an industry-government collaborative effort facilitated by NIAA.” NIAA represents, among others, the biggest meat producers in the U.S., including Cargill Meat Solutions and the National Pork Producers Council, and the makers of high-tech animal-ID equipment, such as Micro Beef Technologies and Digital Angel. The latter group, needless to say, could benefit directly from a nationwide animal-ID program.

Paul Shapiro of the Humane Society of the United States has taken no position on the program, but argues it could actually be better for the animals than current tagging methods: “If anything, microchips may be less invasive to animals than branding or ear-clipping, which has been going on for eons,” he says. And according to Mobley, the ID program would enable officials to be more prudent in choosing which animals are killed in the event of a disease outbreak, rather than wiping out herds and flocks on a large scale, as has generally been the approach heretofore. (Granted, most of the animals are destined for the slaughterhouse anyway, but that’s another story.)

I’m going to have to see your ID

The program — which is thus far voluntary, but could eventually become mandatory — is designed to unfold in three stages. First, farmers and producers would register the barns, factories, slaughterhouses, and even homes where their animals — be they 10,000 cows, a dozen chickens, or a single potbellied pig — reside and are processed.

Second, animals born or living on those premises would be assigned a 15-digit federal ID number and a tag — in some cases, an implanted radio-frequency identification (RFID) device. But producers of certain species such as chickens and swine that are bought, moved, and slaughtered in big groups could be allowed to identify an entire lot with a single ID number — a less time-intensive and expensive process. Critics argue that since factory farms are in the business of mass production of animals, this would present them with a cost advantage. Miller says this is a loophole that effectively “renders the whole program moot.”

Third, data on each animal’s whereabouts would be compiled and regularly updated in a centralized computer network, which the USDA expects to be up and running on a national scale by 2009 at the earliest. The department has suggested that animals’ RFID tags could eventually be tracked real-time by a Global Positioning System, but there is no clear time frame for this scenario.

Many producers have voiced concern that if the government controls this kind of proprietary information about the purchase and sale of their products, the IRS or a competitor could get a hold of it through a Freedom of Information Act request. That’s presumably much of the reason why, though the first two stages of NAIS are intended to be carried out by federal and state agencies, the USDA has decided that the third stage of the program should be overseen by private entities. Exactly which entities remains to be seen. (Johanns, who happens to be the former governor of a big beef-producing state, Nebraska, had at one point supported a proposal that would have a spin-off of the National Cattlemen’s Beef Association take a leadership role in overseeing the database for much of the program. That didn’t go over so well.)

Already some 200,000 large-scale facilities are voluntarily participating in stage one, having registered themselves on the state level, perhaps believing that a tracking program will eventually help demonstrate the safety of their meat products to overseas customers. Says NIAA’s Slack, “In addition to providing a much-needed national emergency-response capability in the event of disease outbreak, NAIS will help enlarge the international market for U.S. livestock products.”

A draft plan released by the USDA last April proposed making the program mandatory as soon as 2008, and indicated that there would be no significant federal funding assistance for the tagging process. The proposal ignited a firestorm of opposition within the farming community, and Johanns has since backed off the mandatory aspect.

The USDA hopes to release a revised plan by the end of this year, and it will likely leave to state officials decisions about whether to make the program voluntary or mandatory. The agency’s NAIS coordinator, Neil Hammerschmidt, said in a speech last month to the cattle-industry group R-Calf USA that USDA isn’t sure whether it has the authority to impose a federally mandated program that requires producers to report to a private entity.

In the meantime, states are moving on their own to put the animal-tracking system in place. Minnesota and Wisconsin have approved measures that make stage one of the NAIS program mandatory, according to Mobley, and Maine, North Carolina, Texas, Vermont, and Washington are considering similar legislation. The USDA has allocated more than $60 million to help states implement the animal-ID program, Mobley says.

What irks Mary Zanoni, executive director of Farm for Life, which works to protect the rights of small farmers, is that she believes the current USDA proposal would not make the U.S. meat supply appreciably safer. “Basically, the NAIS system would be of no use at all in dealing with the most common types of meat contamination in the U.S., the occurrence of pathogens such as listeria or E. coli in processed meat,” she says. That’s because when contaminants occur in industrial-scale quantities of meat — as is often the case — and are not discovered until the meat has been distributed through the supply chain, it is all but impossible to find the source. “There is no way to identify individual cows from one million pounds of hamburger,” she says.

But would the NAIS help control the spread of mad cow or avian flu? “We have reams of scientific data that tell us without exception that by far the highest incidence of any transmittable contagion happens in industrial farm applications,” says Lynn Miller. “That’s where animals are in cramped, unhealthy conditions, and vulnerable to widespread disease outbreak.” If the USDA wants to control disease, he says, it should develop standards for healthier animal conditions and then put in place a monitoring and tracking system solely for factory farms.

Zanoni sums up the views of many independent farmers: “Real food security comes from raising food yourself or buying from a local farmer you actually know. The USDA plan will only stifle local sources of production through over-regulation and unmanageable costs.” 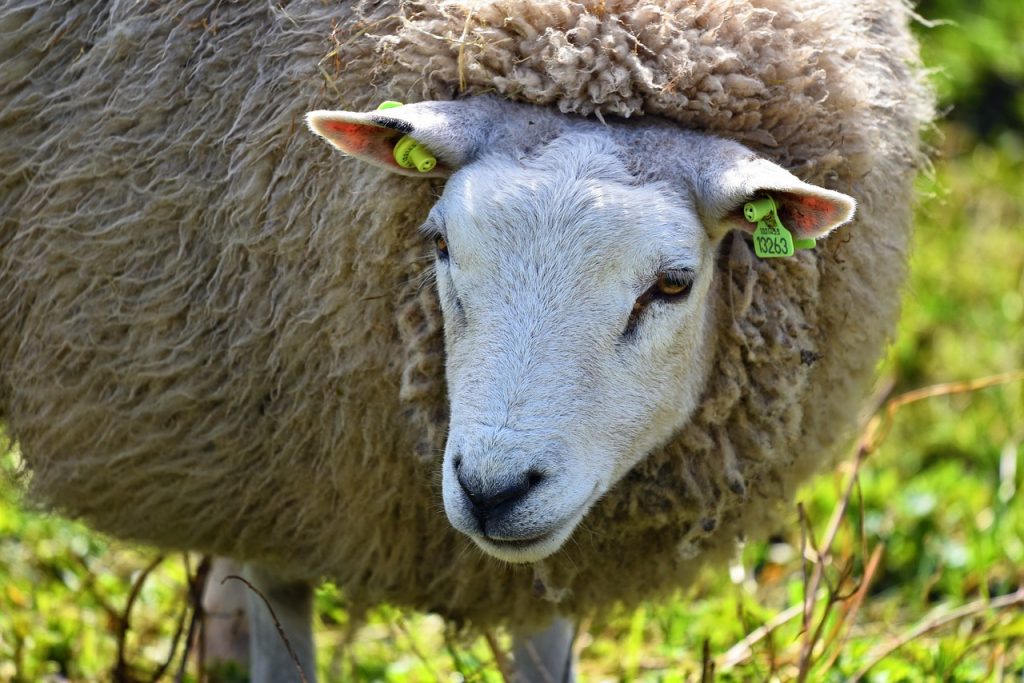