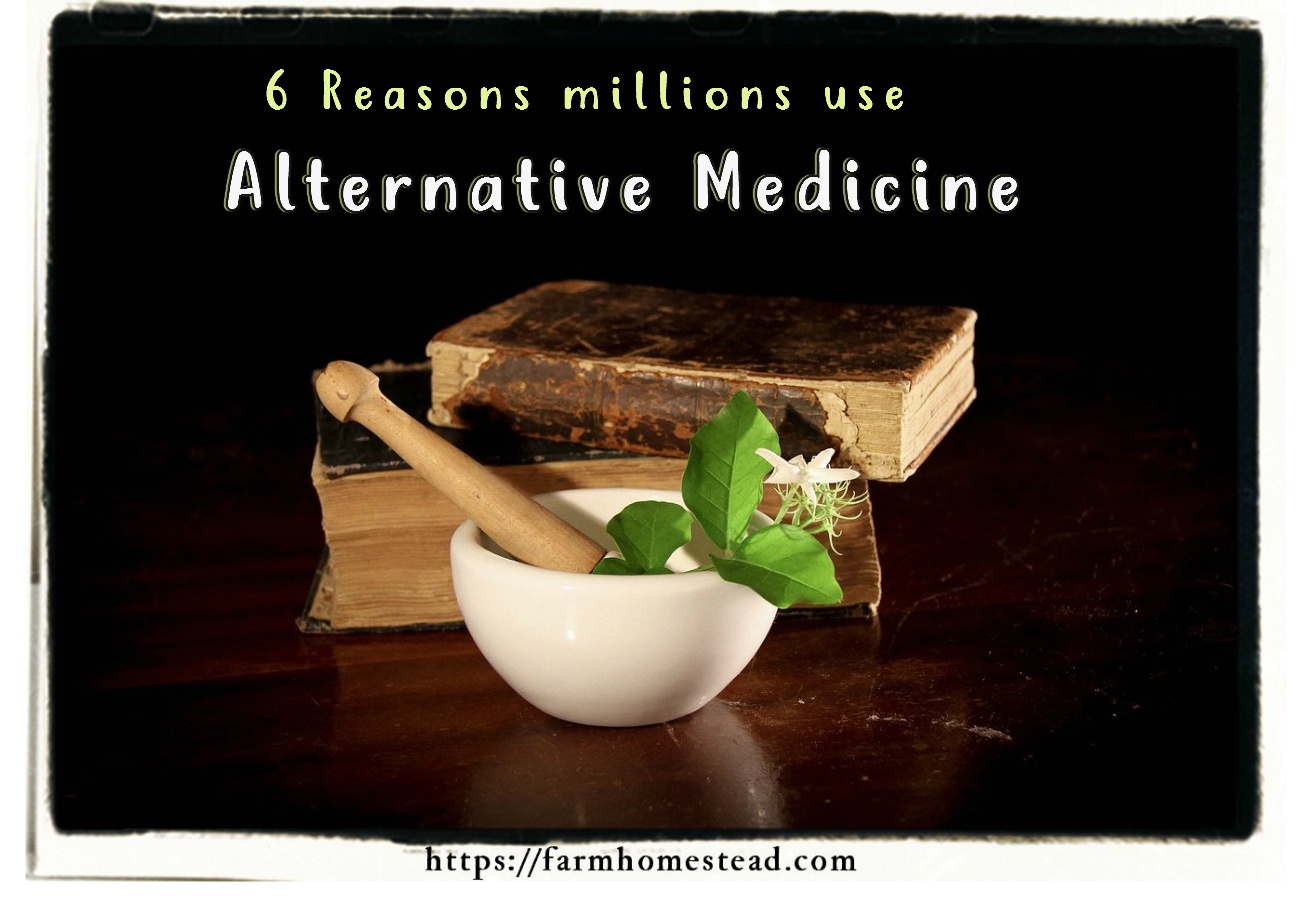 According to The National Health Interview Survey (NHIS), “In the United States, approximately 38 percent of adults (about 4 in 10) and approximately 12 percent of children (about 1 in 9) are using some form of CAM.” (complementary and alternative medicine)

“Among adults aged 18 and over, increases were seen from 2012 to 2017 in the use of yoga, meditation, and chiropractors during the past year.” (https://www.cdc.gov/nchs/data/databriefs/db325-h.pdf).

According to Grandview Research, 70% of adults surveyed in 2017 in the United States believe complementary and alternative medicine (CAM) provides positive results. 78% of those responders were women, and 62% were men. Grandview Research reports that “the global complementary and alternative medicine market size was valued at USD 52.00 billion in 2017.”

According to a 2012 national survey, many Americans — more than 30 percent of adults and about 12 percent of children—use health care approaches that are not typically part of conventional medical care or that may have origins outside of usual Western practice. When describing these approaches, people often use “alternative” and “complementary” interchangeably, but the two terms refer to different concepts:

Most people who use non-mainstream approaches also use conventional health care.

In additional to complementary and alternative, you may also hear the term “functional medicine.” This term sometimes refers to a concept similar to integrative health (described below), but it may also refer to an approach that more closely resembles naturopathy (a medical system that has evolved from a combination of traditional practices and health care approaches popular in Europe during the 19th century). [National Center for Complementary and Integrative Health (NCCIH)

Reason # 1 People use Alternative Medicine Because of its Availability

Reason #1 One reason that many people are turning to alternative medicine is that it is widely available. For example, the use of herbs to maintain optimal health or to make home remedies make it more accessible and affordable for a wide range of people. Mind body practices such as yoga and meditation can be easily practiced at home without the high costs often seen with traditional medicine practices.

#2 People use Alternative Medicine Because of its Affordability

Prescription drug use is at an all-time high in the United States, and often patients complain that the first course of action for their doctor is to write a pharmaceutical prescription. Most all of the therapies used in CAM are natural, this is far from the chemically based and standardized interventions seen in conventional medicine. This includes but is not limited to, herbs, essential oils, diet, supplements, chiropractic treatment, mind-body practices and naturopathy.

This does not mean that CAM is a cure for any and all conditions, but it can offer a natural alternative and sometimes be a replacement of conventional medicine tools.

Related  How to Make Fire Cider

#4 Improved Life Quality and Side Effects Of Treatment

Another important reason people use alternative medicine is that it can improve life quality and lessen side effects of treatment. When people endure serious illnesses or chronic conditions, inevitably their life quality suffers, and side effects of conventional medicine treatments bring undue hardship. CAM can help.

For example, Music Therapy is often used in pain management, which can be helpful for conditions such as arthritis and other chronic pain syndromes. Cancer.gov reports that acupuncture is helpful in reducing the side effects of treatment.

The 5th (and most important) Reason People Use Alternative Medicine: Trust

Millions of people all around the world genuinely trust alternative medicine as they have for the whole history of humanity. Some of the therapies used in CAM, including acupuncture, Ayurveda, Homeopathy and Herbalism have been in use for thousands of years, dating back to ancient civilizations. Eastern culture strongly believes in their effectiveness in the modern world.

A more accurate term for “alternative medicine” might be “folk medicine.” “Folk” is usually used colloquially but it comes from the German word for “people,” so “folk medicine” means something like “the people’s medicine” or even “popular medicine.”

Recent Studies Support the Use of Alternative Medicine

While some alternative medicinal cures and practices have been “debunked,” many, including essential oils, therapeutic touch, meditation and yoga are becoming more popular because scientific studies are adding validity to the trust that many people already placed in them.

If you are interested in exploring alternative medicine, you can ease into it by talking to your primary care provider. Many conventional doctors recommend alternative therapies to their patients and can provide more information on how to get started.

A holistic medical doctor is trained in the use of both conventional and alternative medical care and is something of a one stop shop.

“If people let the government decide what foods they eat and what medicines they take, their bodies will soon be in as sorry a state as are the souls who live under tyranny.” 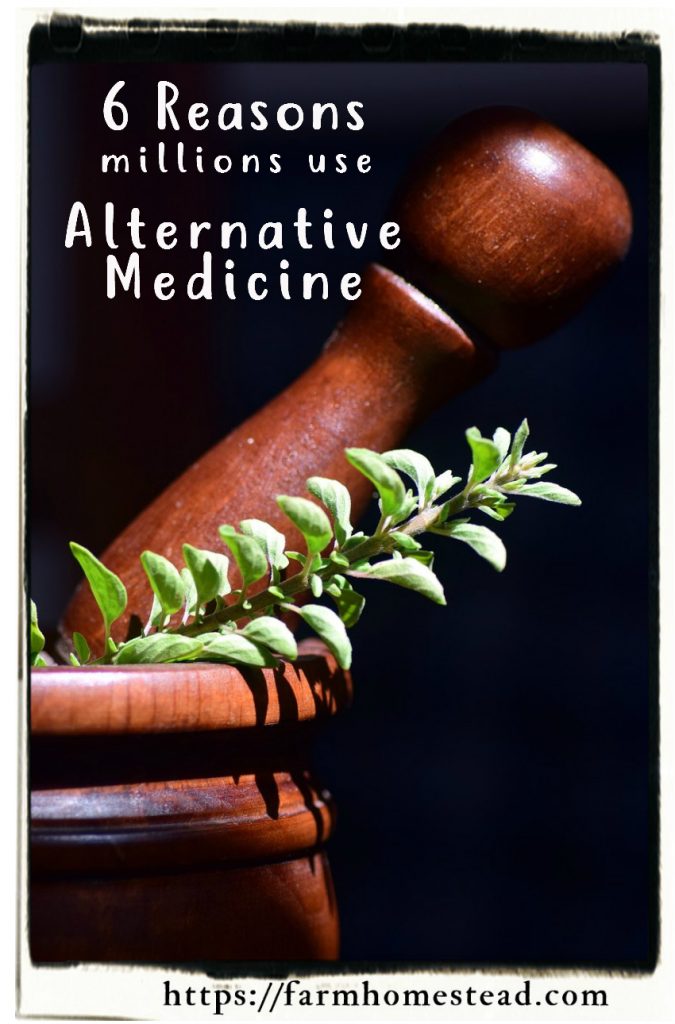 1 thought on “5 Reasons Millions Of People Use Alternative Medicine”