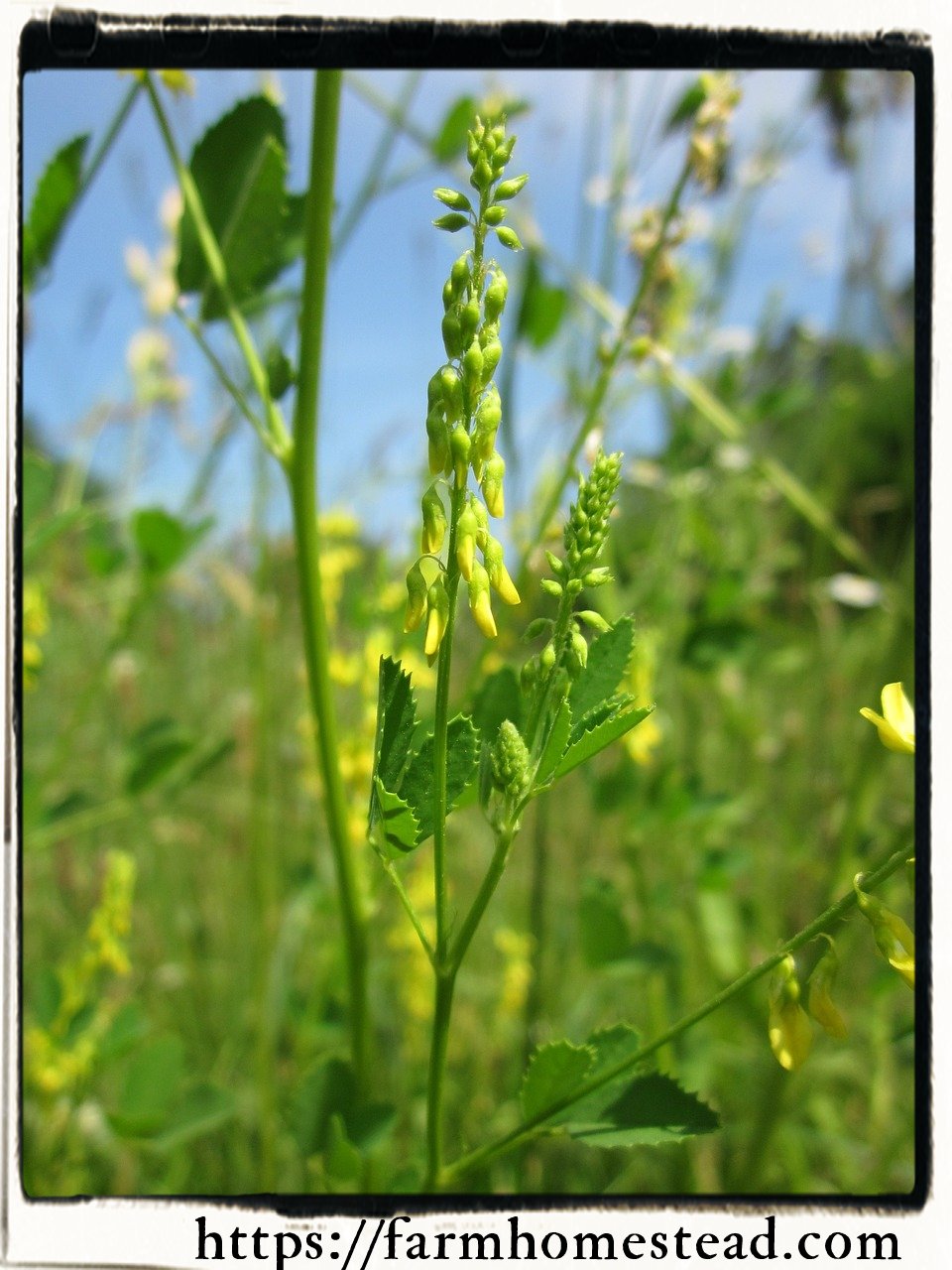 Melilotus officinalis or Yellow Sweetclover was the king of green manures and grazing legumes in the South and later throughout the Midwest in the first half of this century. Sweetclover is used as a cover crop most commonly now in the Plains region.

This cool-season biennial is an expert at mining insoluble minerals like potassium and phosphorus from the lower levels of the soil and bringing them to the surface. Its long tap root also helps loosen hard, packed soils.

Within a single season on even marginally fertile soils, this tall-growing biennial produces abundant biomass and moderate amounts of nitrogen as it thrusts a taproot and branches deep into subsoil layers. Given fertile soils and a second season, it lives up to its full potential for nitrogen and organic matter production. Early in the second year it provides new top growth to protect the soil surface as its roots anchor the soil profile. It is the most drought-tolerant of forage legumes, is quite winter-hardy and can extract from the soil then release phosphorus, potassium and other micronutrients that are otherwise unavailable to crops.[1]

White clover does not produce as much biomass as yellow. It is taller and stemmier plant that is better for soil building.

Sow: Any time
Turn under: Any time 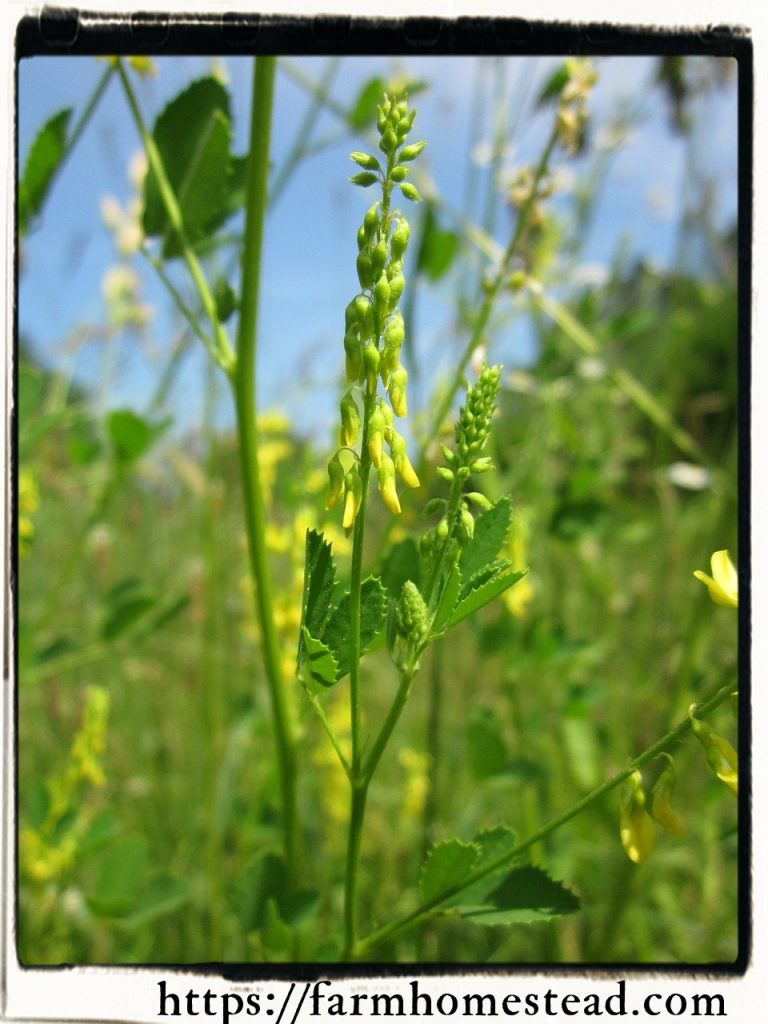