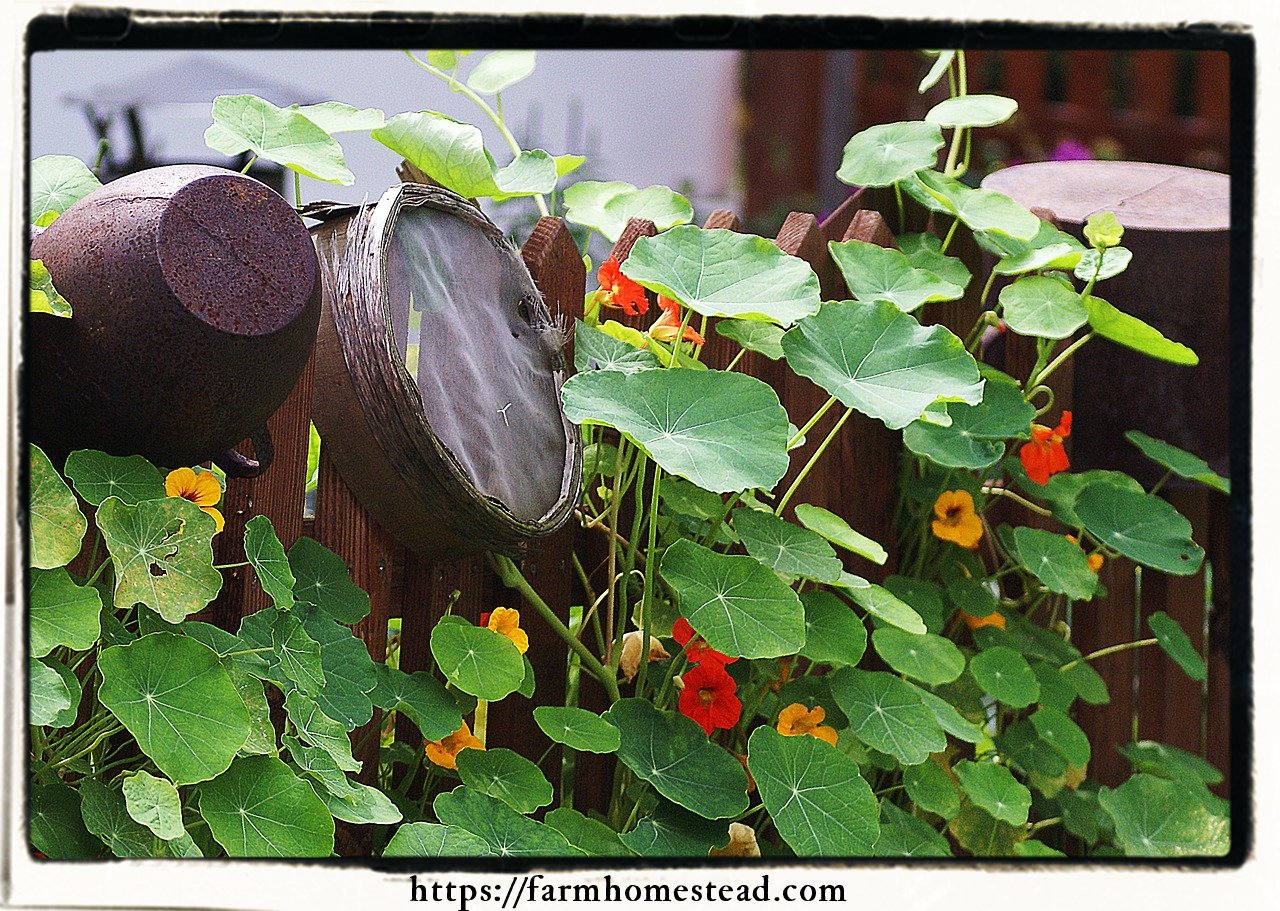 A trap crop is a plant that attracts agricultural pests, usually insects, away from nearby crops. This form of companion planting can save the main crop from decimation by pests without the potential issues and controversy involved in using pesticides. Trap crops can be planted around the circumference of the field to be protected, or interspersed among them, for example being planted every so many rows. 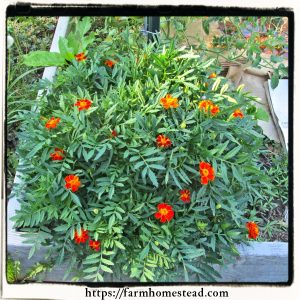 How to use a trap crop.

There are two ways you can use trap cropping:

Research has shown that hot cherry peppers trap crop can protect bell peppers by reducing damage from many insects, including pepper maggots. Early planted tomatoes can serve as trap crops for the multiple pests to protect a patch of desirable tomatoes.

Trap crops are, when used on an industrial scale, generally planted at a key time in the pest’s lifecycle, and then destroyed before that life cycle finishes and the pest might have transferred from the trap plants to the main crop. 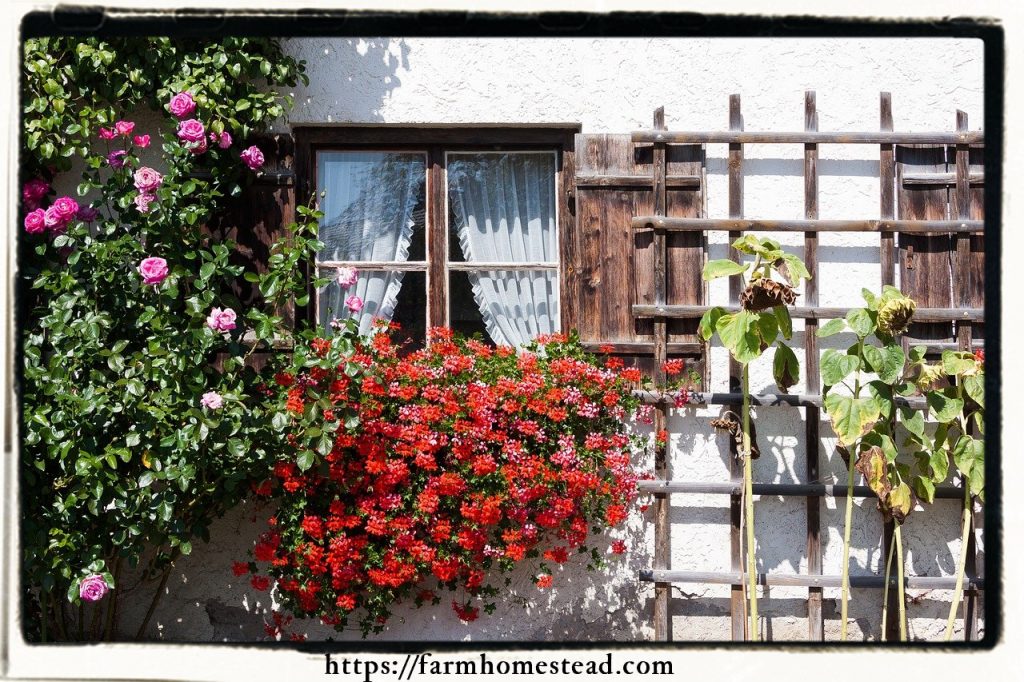 Examples of trap crops include:

How does a Trap Crop Work?

The first phase is stimulation by odors characteristic to the host-plant. This induces the insect to try and land on the plant it seeks. But insects avoid landing on brown (bare) soil. So if only the host-plant is present, the insects will quasi systematically find it by simply landing on the only green thing around. This is called an “appropriate landing”. When it does an “inappropriate landing”, it flies off to any other nearby patch of green. It eventually leaves the area if there are too many ‘inappropriate’ landings.

The second phase of host-plant finding is for the insect to make short flights from leaf to leaf to assess the plant’s overall suitability. The number of leaf-to-leaf flights varies according to the insect species and to the host-plant stimulus received from each leaf. But the insect must accumulate sufficient stimuli from the host-plant to lay eggs; so it must make a certain number of consecutive ‘appropriate’ landings. Hence if it makes an ‘inappropriate landing’, the assessment of that plant is negative and the insect must start the process anew.

Thus it was shown that Clover used as a ground cover had the same disruptive effect on eight pest species from four different insect orders. An experiment showed that 36% of cabbage root flies laid eggs beside cabbages growing in bare soil (which resulted in no crop), compared to only 7% beside cabbages growing in clover (which allowed a good crop). Also that simple decoys made of greencard disrupted appropriate landings just as well as did the live ground cover.

You can find many articles on the internet about trap cropping, specific trap crop info is scarce, particularly for the smaller home garden. The following list is compiled to give the home gardener ideas for using decoy plants, but is by no means complete. If you have a suggestion, please let us know so we can keep this community recourse as complete as possible. 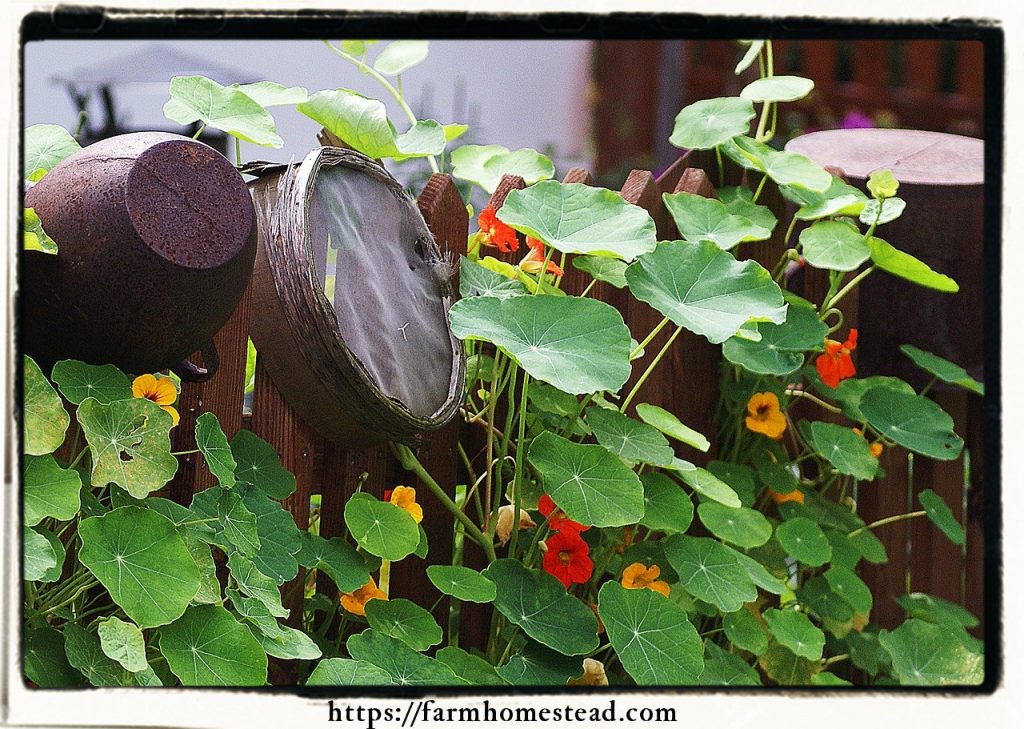 In addition to using decoy plants such as the above, other plants can be used to repel invading insects. Chives will repel aphids. Basil repels tomato hornworms. Tomatoes repel asparagus beetles. Marigolds are not only detrimental to nematodes; they repel cabbage moths, too.

Will using trap crops wholly eradicate your insect pest problem? Honestly? no completely, but if reducing the amount of pesticides you use in your garden or increasing yields without pesticides is your ideal, learning how to use trap crops may bring you a little closer to accomplishing this.

Trap cropping is one of the most valuable pest management techniques.