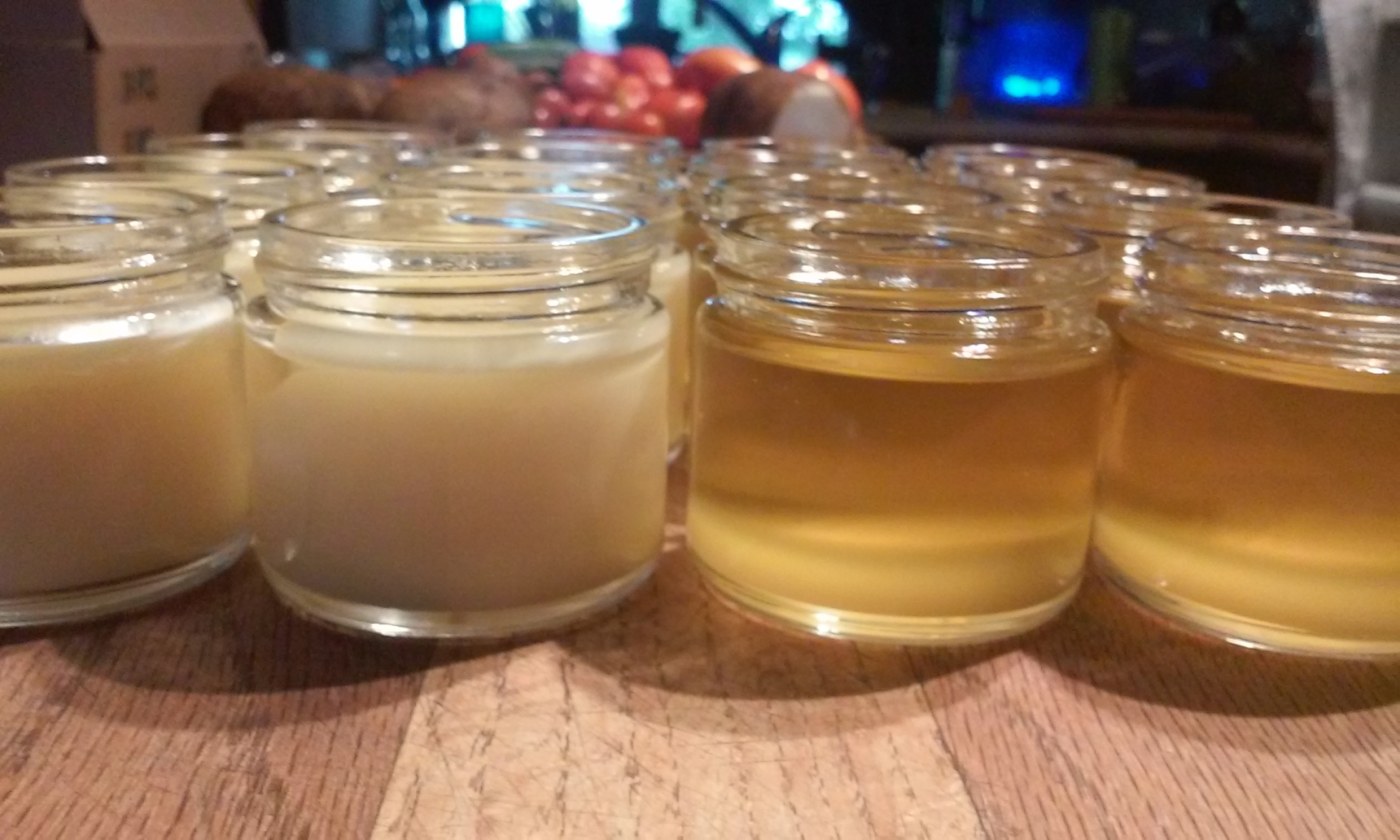 When my children were young there were countless boo-boos and scrapes and cuts; often, with dirt ground into it. You know what that means to a mom… the war for germ control is ON! I am grateful I had a friend close that taught me so SO much about the plants on our hillside in Arkansas. And with the exception of Rosemary, they all grew there. It is from these plants that this balm is born.

Before I knew Janie, I would have reached for the neosporin without hesitation. But she asked me once (in a rather sarcastic way she had) why don’t you just slap some motor oil on it?

Hmmmm…. okay, petroleum. The first ingredient I don’t want to put on a freshly cleaned wound.

She was a big fan of honey on everything. She managed bee hives, so I suppose she was just a bit biased, but I, in turn, used it also. But when you’ve got a six year old (who fell off the trash can lid being whisked about behind the bicycle of his older brother) with a scrape the entire length of his back, honey is really messy and causes much to stick to it. I often made a neosporin type homemade healing salve with honey IN it, and it worked really well.

Then the internet came along and with it, the opportunity to do massive amounts of research in a much smaller amount of time than ever before… and I discovered another ingredient in Neosporin that I did not like, bacitracin.

Bacitracin is a mixture of related cyclic peptides produced by organisms of the licheniformis group of Bacillus subtilis var Tracy, first isolated in 1945. These peptides disrupt Gram-positive bacteria by interfering with cell wall and peptidoglycan synthesis.

Bacitracin is primarily used as a topical preparation (as it can cause kidney damage when used internally).

Antibiotics such as bacitracin have been shown to act as dermatological irritants and may slow healing in otherwise sterile wounds.

Okay, remember the skin rule? “If you won’t eat it, don’t put it on your skin.” It gets absorbed.
In 2005–06, bacitracin was the sixth-most-prevalent allergen in patch tests (9.2%).[1] AND, since bacitracin is nephrotoxic, its concentration in the blood must be followed closely. There is more, but bacitracin most certainly it contributes to antibiotic resistance.

Ingredient #3 Neomycin In 2005–06, neomycin was the fifth-most-prevalent allergen in patch test results (10.0%).[2] I dare you to look this one up and see all the listed side effects.

Ingredient #4, polymyxin. Polymyxins are antibiotics and are relatively neurotoxic and nephrotoxic, so are usually used only as a last resort if modern antibiotics are ineffective or are contraindicated.

The (Neosporin) ointment works by using antibiotics to prevent the growth of bacteria. Individuals who use this medication should apply it to their skin only; they should not ingest it. [3]

That is the bulk of the active ingredients. There are herbs that can do these things without all the accompanying hoopla. The herbs used in this formula are a few of those. This homemade neosporin salve can be used as a natural replacement for commercial antibiotic ointments. It contains an oil infusion of various herbs that are known to be naturally assistive in repairing the skin. Blended with unrefined beeswax for easy spreading on any owie that itches, burns, or hurts!

Each herb below is linked to it’s own materia medica for your convenience.

Rather buy it than make it? See Anti-Microbial Ointment