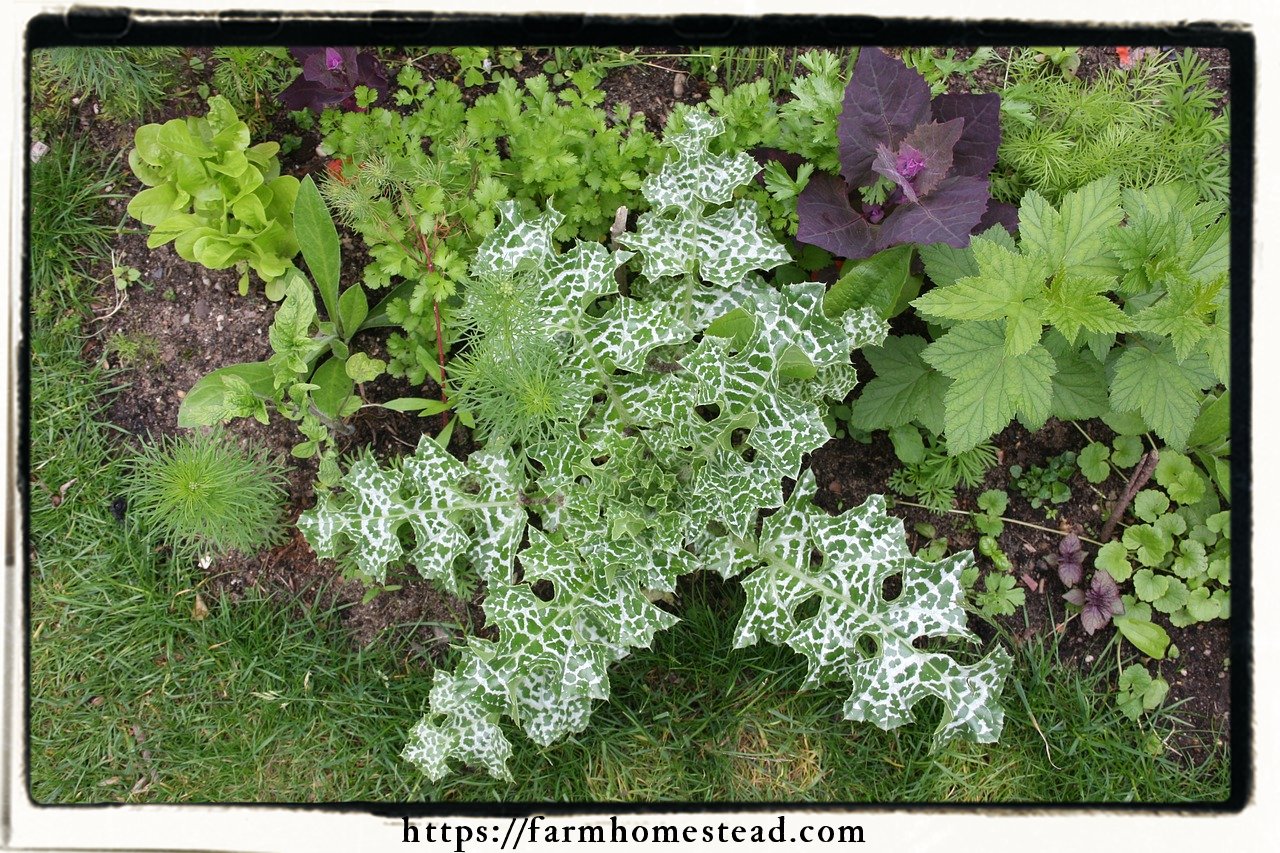 (NaturalHealth365) According to the U.S. Centers for Disease Control and Prevention (CDC), the number of cancer deaths in the United States nearly tripled between 1950 and 2011, increasing from 210,733 fatalities per year to 576,691.  Unfortunately, natural (cancer cell killing) substances like, silymarin have been largely ignored by the mainstream media and Western medicine.

The numbers don’t lie: Cancer remains the second leading cause of death in the nation, right behind heart disease.  To make matter worse, rates of metabolic conditions – including type 2 diabetes, obesity and nonalcoholic fatty liver disease – are increasing at an alarming rate.

In a double-blind, randomized, placebo-controlled multicenter trial involving 179 participants and published in Free Radical Biology and Medicine, patients with NAFLD were given silybin (a form of silymarin) daily for a year – while a similar group received placebo.

The silybin was administered along with phosphatidylcholine (lecithin) and vitamin E. The researchers found that the combination, coupled with standard dietary and exercise recommendations, worked significantly better than diet and exercise alone to reduce liver size and abdominal fat.

Insulin sensitivity was improved as well.  Further, 36 of the participants had been diagnosed with hepatitis C – and these individuals experienced significant improvements in liver enzyme levels, when compared with the control group.

In addition, 85 percent of the study participants were either overweight or obese. The team reported that this group improved their body mass by 15 percent – supporting silybin’s ability to promote healthy weight.

Past research has highlighted the ability of silymarin and silybin to stop nonalcoholic fatty liver disease from progressing to nonalcoholic steatohepatitis (NASH), a more dangerous form of the condition that can lead to liver scarring, liver cancer, liver failure and death.

But, silybin is showing potential for acting against other serious conditions as well – including obesity, diabetes, metabolic syndrome and hepatitis C.

Milk thistle – and its active constituent, silymarin – has excited interest among researchers because it has two properties that combine to make it a sort of “Holy Grail” of natural liver remedies.  For example, it stimulates liver regeneration while it replenishes and protects stores of glutathione – the body’s “master antioxidant.” (And, it is virtually free of serious adverse effects).

As a potent detoxicant, silymarin also inhibits the binding of toxins to cells. As a result, this potent flavonoid can decrease and even reverse liver damage from medications, alcohol, industrial chemicals, pesticides and heavy metals. It also protects against various viruses, including hepatitis B and C.

Animal and human studies have shown that silymarin even has some ability to reverse the deadly effects of the “death cap” mushroom – the lethal Amanita phalloides (responsible for 90 percent of all mushroom poisonings).

Silymarin protects against obesity by assisting with the breakdown of fats. It also lowers blood sugar – a fact reflected by lower HbA1c scores (a measure of blood sugar over time) in studies – and decreases levels of LDL cholesterol.

A potent antioxidant and anti-inflammatory agent, silymarin boosts the immune system, protects DNA against mutations that could trigger cancer, and even reverses the growth of tumors.

These abilities have been supported by studies that evaluate silymarin’s effects on liver cancer cells.

While liver cancer has a notoriously poor prognosis, recent research has sparked hope – and encouraged researchers to call for further studies.

For example, in an animal study published in 2013 in Molecular and Cellular Biochemistry, dietary administration of silymarin inhibited the proliferation of liver cancer cells, and activated apoptosis (the programmed “suicide” of cancer cells).  The team reported that the flavonoid also decreased levels of cancer-promoting proteins, and activated glutathione.

Good to know: Silymarin’s cancer-fighting effects aren’t confined to liver cancer. It has been shown in studies to induce cell cycle arrest and apoptosis in ovarian and cervical cancer cells, as well as in cancers of the breast, prostate, lungs and colon.
Long trusted by natural healers for safe and effective liver support, silymarin-rich milk thistle is now proving its worth as a valuable ally against life-threatening diseases such as cancer and diabetes. Click To Tweet
An animal study in 2012 showed that silymarin increased apoptosis in skin cells that had been damaged by ultraviolet radiation, while promoting repair of sun-damaged cells.

And, silymarin features another yet important benefit for cancer patients.

According to The American Cancer Society, milk thistle may help to protect against liver damage from toxic chemotherapy drugs such as cisplatin and doxorubicin.

In a Columbia University study, researchers found that milk thistle reduced liver inflammation and liver enzymes in children with leukemia who were undergoing chemotherapy. As a result, fewer of the children than in the control group had to reduce their chemotherapy dosage due to liver damage.

How should I take milk thistle for protective effects?

Milk thistle is available in capsule, tablet and liquid (liposomal) form.  The seeds and leaves can also be steeped into a tea.

Natural health experts recommend taking a milk thistle extract that is standardized to at least 80 percent silymarin. For superior absorption and liver concentration, milk thistle should be taken in combination with lecithin, also known as phosphatidylcholine.

Generally speaking, milk thistle can be taken in dosages ranging from 140 mg to 600 mg per day.  But, for liver detoxification, integrative physicians may recommend 450 mg a day in divided dosages.  And, for longer-term liver support, dosages of 50 mg to 150 mg a day may be advised.

Keep in mind, this herb can cause mild gastrointestinal symptoms such as nausea, gas, bloating and diarrhea – only in high dosages.  Of course, we suggest you consult with your integrative healthcare provider before supplementing with milk thistle – especially if you have a medical condition such as cancer or diabetes.

Special note: If you are allergic to any member of the aster family – which includes ragweed, chrysanthemums, daisies and marigolds – don’t take milk thistle.

Long trusted by natural healers for safe and effective liver support, silymarin-rich milk thistle is now proving its worth as a valuable ally against life-threatening diseases such as cancer and diabetes. 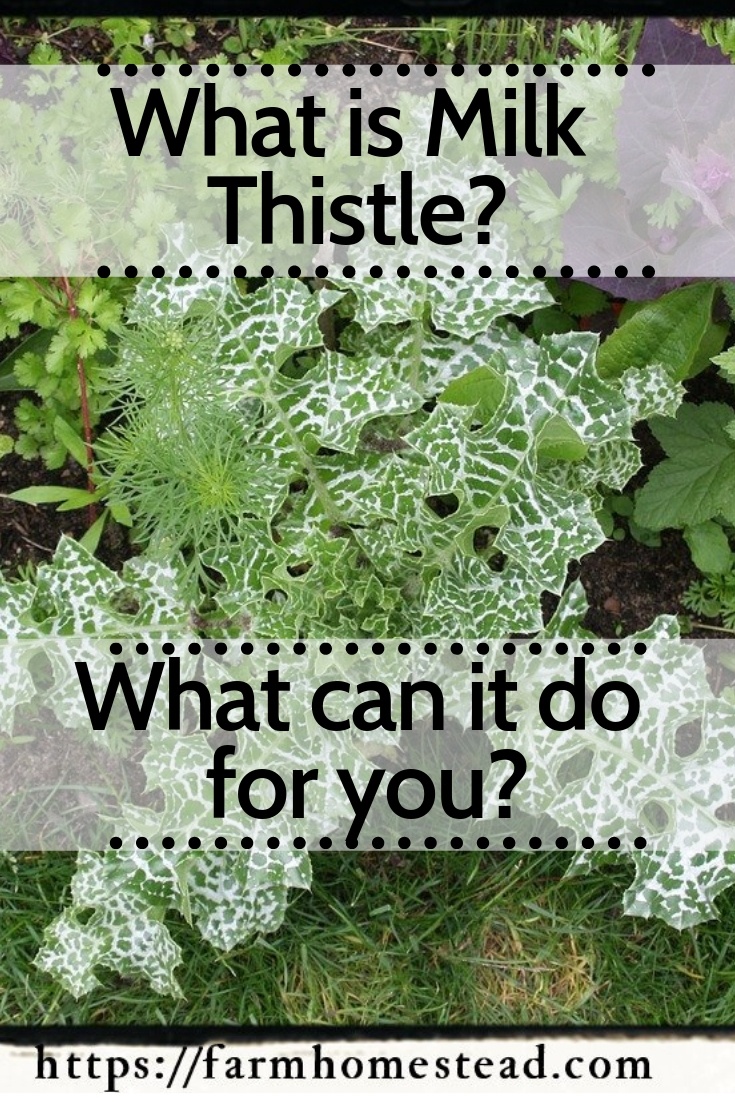