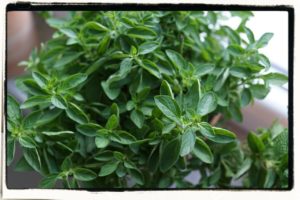 Oregano is a perennial herb with purple flowers that grow in tall erect spikes. Its leaves are spade-shaped and olive green. Native to northern Europe, oregano is now grown throughout many regions of the world.

Oregano, is an important culinary herb native to Eurasia and the Mediterranean. It plays a major role in the Mediterranean diet. The name oregano for the spice and the botanical genus, Origanum for the plant is derived from the Greek words oros – for mountain and another Greek word – ganos, for joy – thus the herb can be said to be “joy of the mountain”. The ancient herbal records say that oregano is referred to as Wild Marjoram, which can be confused with the herb known today as wild marjoram, Thymus mastichina, which is a wild-growing species of thyme.”

This herb has a long history of supporting wellness as it contains natural oils and chemicals like thymol, pinene, carvacrol, caryophyllene, and others. In addition, it is packed with iron, manganese, calcium, omega-3 fatty acids, vitamins C and K, and fiber.

This amazing herb is a rich source of various minerals such as potassium, calcium, magnesium, manganese and iron. Potassium goes a long way in controlling sodium levels to prevent heart diseases, manganese and copper are integral co-factors used by the body for the antioxidant-enzyme superoxide dismutase. Iron prevents anemia and magnesium and calcium are integral to bone growth and mass build up.

A study published in the British Journal of Nutrition and presented at the International Society of Neuroscience conference in New Orleans found that oregano has potential mood enhancing benefits that can be attributed to its active compounds, carvacrol and thymoquinone.

The researchers administered capsules containing different intakes of oregano extract to 20 young healthy men aged 18 to 45. The extract was given two times a day for five days.

This caused a noticeable increase in the alpha-1 and beta-1 brainwaves in the subjects. Alpha-1 brainwaves induce relaxation, reduce anxiety, and improve learning and concentration.

In addition, an increase in beta-1 brainwaves is associated with higher levels of cognitive processing and alertness. The oregano extract also demonstrated to exhibit positive behavioral response in animals, similar to those caused by monoamine-enhancing compounds in humans.

A study by the Aristotle University of Thessaloniki in Greece revealed that the antioxidants present in oregano, rosemary or vitamin E offer protection against neuronal damage.

Manganese, in particular, also contributes to the brain benefits of oregano. The deficiency of this essential trace mineral may affect manganese homeostasis in the brain and cause alteration of neural activity.

Plus, omega-3 fatty acids also benefit brain health and help your brain age better. Researchers have found that diets lacking or with reduced intake of this essential fatty acid are associated with higher risk of age-related cognitive decline or dementia. In addition to all this, omega-3 fatty acids can help relieve depression.

It is difficult to trace oregano’s early culinary history with any certainty because of this herb’s relation-ship to its cultivated cousin marjoram. Both are of the same genus, and their popular and botanical terms have long been confused. It seems clear, however, that oregano was not as widely used in cooking as was marjoram, except along the shores of the Mediterranean. There, in Italy, Greece and other countries, cooks recognized its affinity for tomato-based sauces, lamb, seafood and almost any garlic-flavored dish, and it became a tradition to pick wild oregano and use it in many dishes.

This spice can be used on meat and fish dishes as it resembles thyme in flavor and aroma. Crush leaves and add during the last ten minutes of cooking to a dish to bring out the maximum flavor and aroma. Oregano is also used as a meat preservative.

You can store fresh oregano in the refrigerator for up to three days. Make sure you keep it in a plastic bag. Dried oregano should be stored in a cool, dark place. 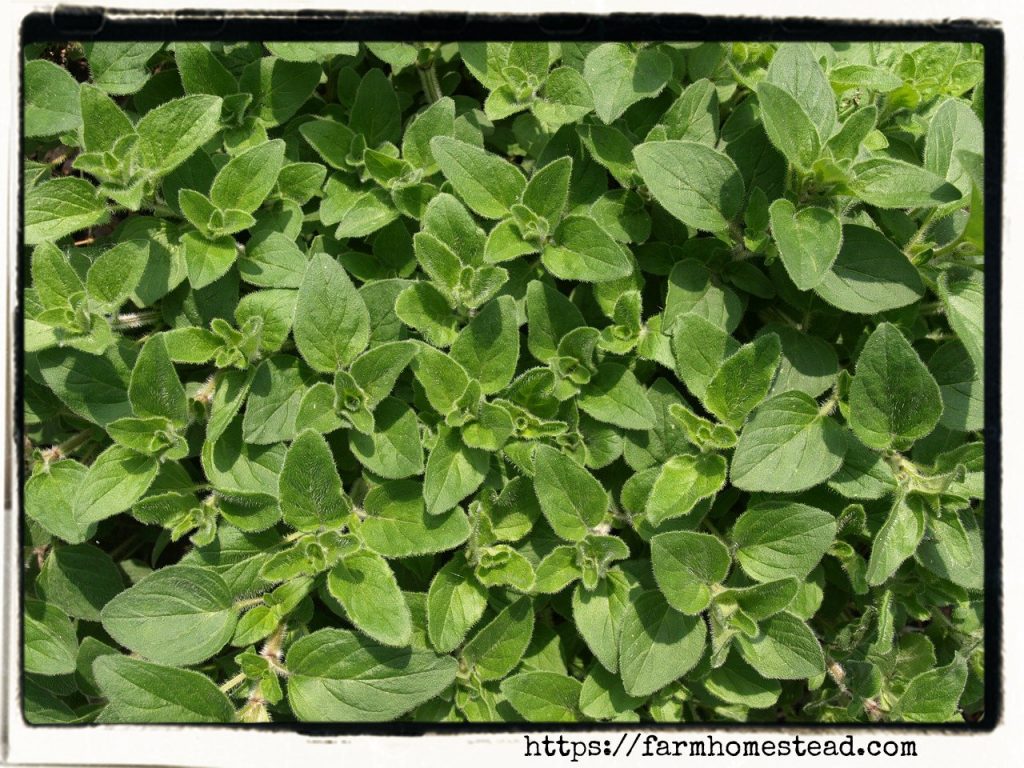 Oregano is a rich source of beta carotenes which actively fight against acne and promotes healthy and smooth skin.

A rich source of vitamin C and E along with beta carotenes, these antioxidant properties in oregano scavenges free radicals that damage skin cells and hence prevent early signs of aging.

The antioxidant properties of oregano fight free radicals that cause hair loss to effectively prevent it and promote healthy lustrous hair. It is also known to be effective against dandruff.

Modern research reveals the presence of polyphenols in oregano leaves. In the right doses, these polyphenols can give you dandruff-free hair and scar-free skin. [6]

The leaves of oregano are strong herbal antibacterial agents due to the high thymol content.

Oregano tea is a strong sedative and traditionally used to treat colds, bronchitis, asthma, fevers, and painful menstruation because of antiseptic action.

Bile flow is stimulated by the oregano, and the herb also aids in alleviating the discomfort of flatulence and excess abdominal gas.

The dried leaves are used in hot fomentation to painful swellings and rheumatism.

Different varieties of oregano have different concentrations of phenolic compounds. The commonly found classes are phenolic acids, esters and its glycosides, flavonoids, and steroids [7].

“Dried oregano has thirty times the brain-healing antioxidant power of raw blueberries, forty-six times more than apples, and fifty-six times as much as strawberries, making it one of the most powerful brain cell protectors on the planet.”
– Daniel G. Amen