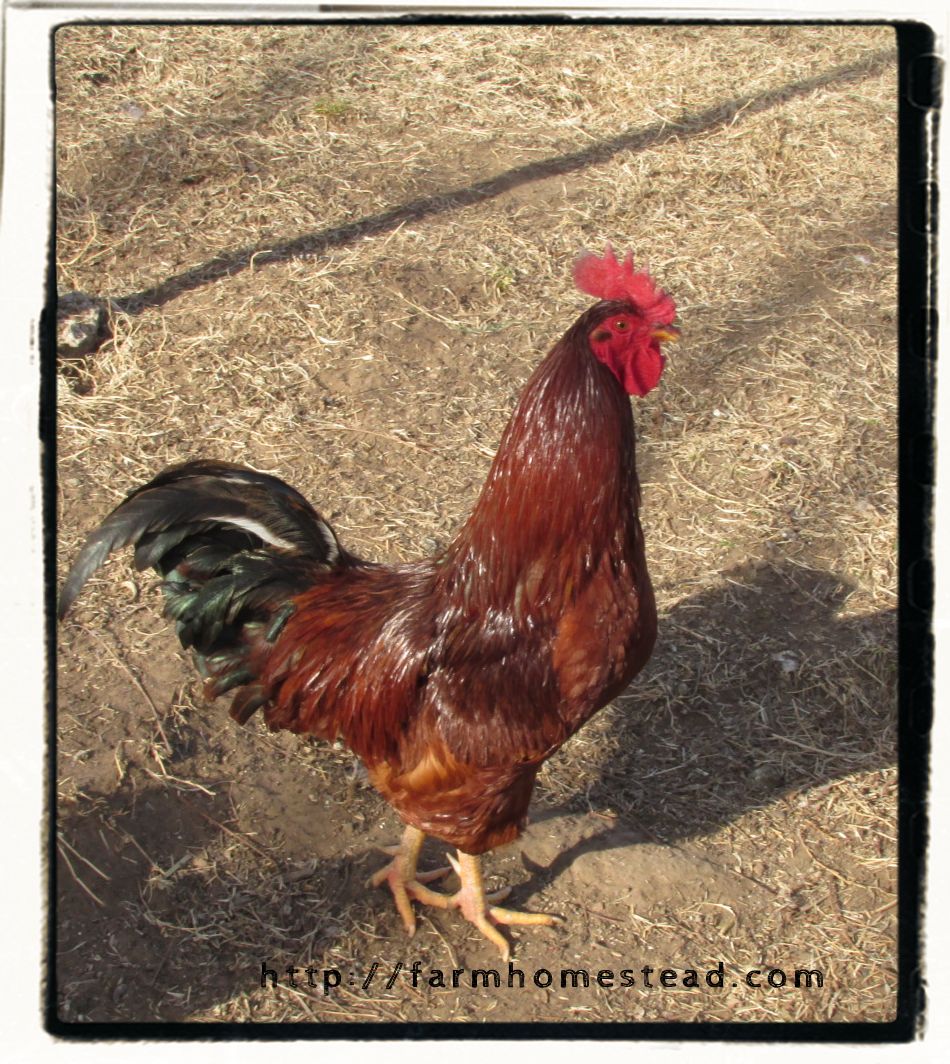 Isn’t he wonderful? He now has his very own run… no real house yet, but his run is safe and sound. He crows day and night. I have been hoping my neighbors won’t complain, but he starts up around 5am and doesn’t stop until dusk… I mean off and on ALL DAY long!

My son has dedicated his Sundays to helping me build the chicken house. My daughter has started college, the ‘friends’ that begged and pleaded for their purchase, I see less and less. It’s just me and the dogs and the rooster.

I have to give him credit too… The rooster is quite protective. Nothing is getting into this backyard without his say so. Even the dogs are afraid of him now. My sister came over the other day while we were working and as she came through the yard, I heard her getting on to someone. (yes, our animals are someones)


I said “what’s going on?” “I was getting on to Red, he’s pecking at Molly” (the black Lab) I said, “Don’t do that, I need him to be protective of himself with those dogs! Besides, he owes her one!” In Molly’s defense, he hasn’t left her alone out in the yard one day since!

He has the run of the yard and I haven’t had to clip his wings. Until we get the chicken coop finished, I have had to keep him out of the run, the chicks are too little yet and he pecks at them. He is getting to know them through the fence though. He is always curious and he stays close most of the time. I hope he’ll be a help and not a pain in the butt. He’s so handsome!

After I discovered that someone called the police, complaining he was a nuisance I went about asking everyone for two blocks… convenient there were three garage sales on my street that day! (where I found a few bits of wood I needed and a door for the chicken coop for a buck!) And after having spoken to many of my neighbors, I’ve discovered he is quite popular. They all say they like listening to him crow… makes them remember something from their own childhoods. This is what many of the older folks in my neighborhood have said. So it is something like fifteen to one. Guess he’s staying.